Break Down In Cleveland, OH 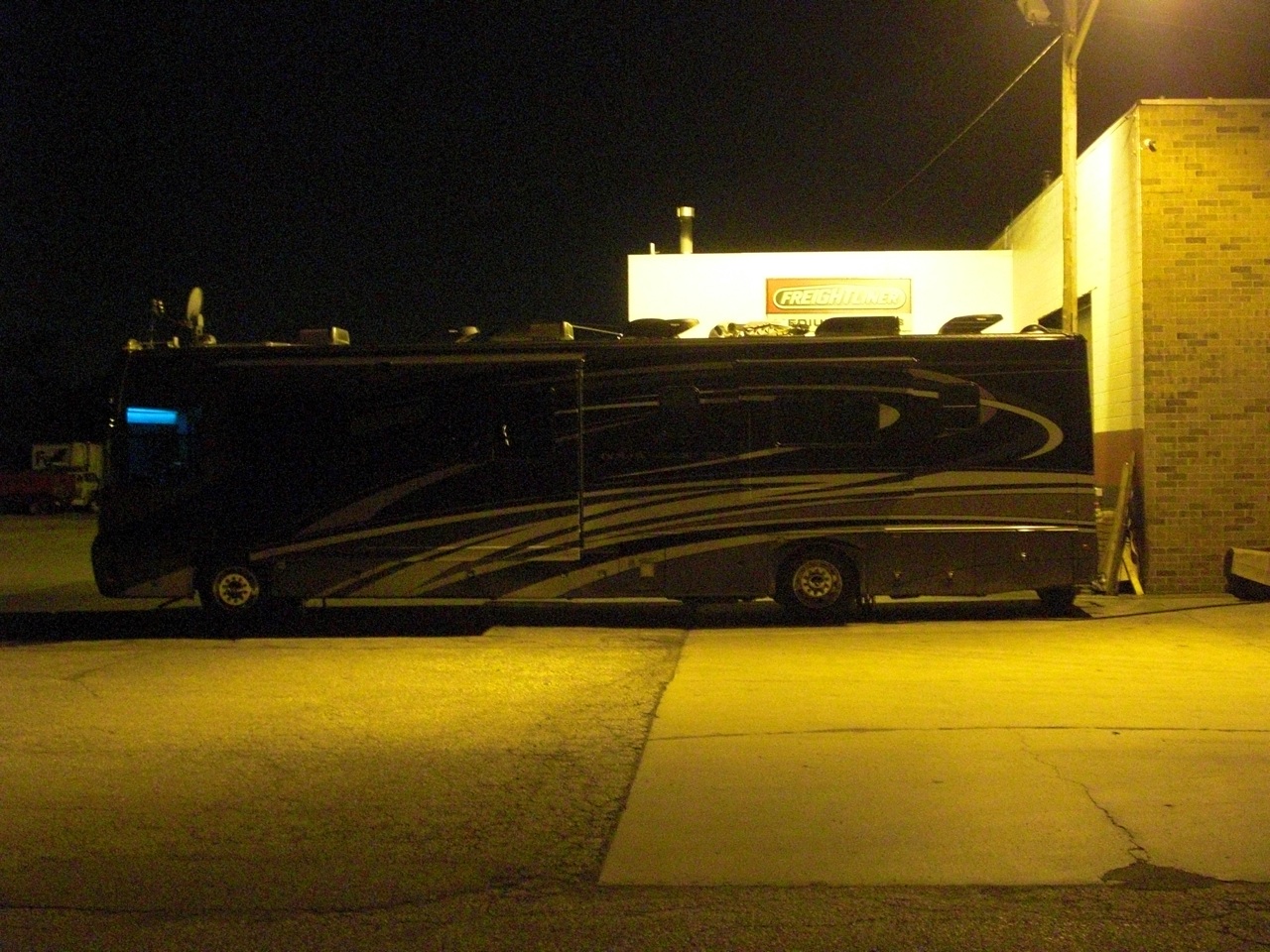 We are safe and sound in Delaware, Oh right now but getting here was interesting.  When we left Jamestown, NY on Sunday our engine started to over heat.  The temperature outside was close to 90 degrees and the engine was not cooling off properly.  David called Freightliner, which we love by the way, and they said it could be the fan clutch.  If the fan clutch fails it is suppose to fail in the high fan speed position.  Well, if your engine gets hot, the fan can not cool the engine properly.  Therefore it can over heat.  We were able to bring our engine temp back down the two times this had happened. Which usually happened on an up hill climb.  So we were not totally stopped on the side of the road or anything that dramatic.

Needless to say, we did not want to ignore this and have it get worse. So there is a Freightliner service center, Hans Freightliner, in Cleveland, OH that works on rv’s. Our route took us right past this service center anyway, so we called. They said they could get us in first thing Monday morning. Nice. So we plotted our GPS towards Hans. When we got there we found a fenced off parking lot. Hans may work on rv’s, and be an oasis center, but they have a closed off fence when they are closed. So instead of staying outside there fence all night, we opted for a Walmart parking lot just down the road. First thing in the morning we went back to Hans and they started work.

They did feel it was the fan clutch that need replacing. David was not so convinced. He thought it was a bad thermostat. But as he admits, he has been known to be wrong on occasion. But of course it can not be that easy. Nope. Even though Hans has a whole parts center and machine shop (big and busy place), they did not have the part we needed. They had to overnight in the part. So this time we opted to stay inside there fence for the night. They were also nice enough to let us plug in to there 110 outlet outside there building. So we were able to run one air conditioner.

So in the moring the part arrived and they got to work. Once they had everything apart they also noticed we had a small leak in our exhaust manifold. They said they could fix that to while there at it. But…that would require a few hours as they would have to remove engine turbo, and drain the coolant to get to it. We said why not, we’re here and we’ve got time. No reason to have that go any longer and get worse.

Thankfully everything was covered under warranty. Both the fan clutch and the leak in the exhaust manifold. When David checked out we only had to pay $55.50 for some more coolant they had to put back in. If this was not covered under warranty it would have lightened our wallets by over $1700.00! The people at Hans were very nice and competent. We even met Hans himself, who still works there along side his employees. He got to talking to us because he owns a Country Coach and likes to travel. When we left we had no issues. So hopefully all is well again. 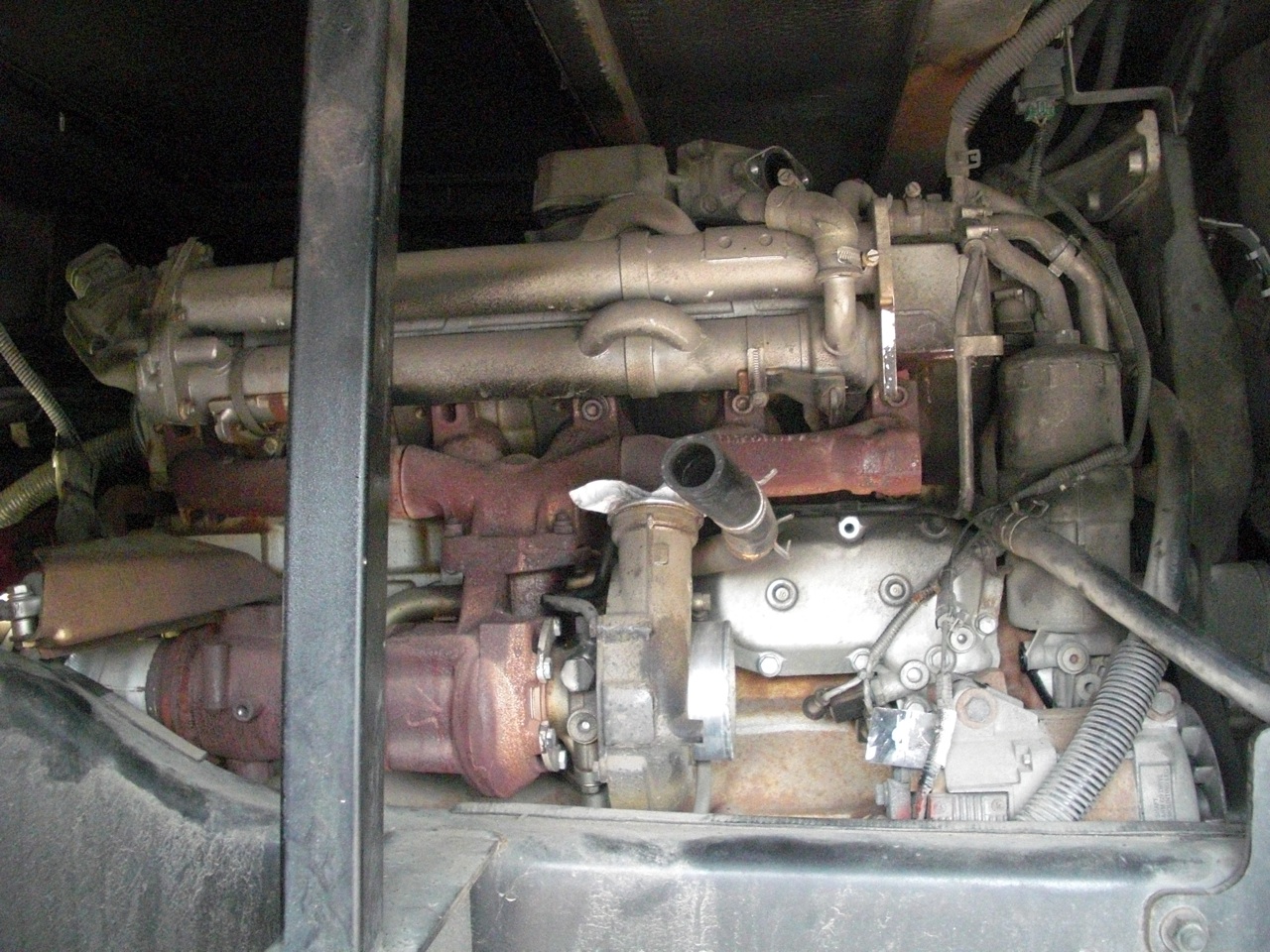 Engine Before Everything Is Torn Out 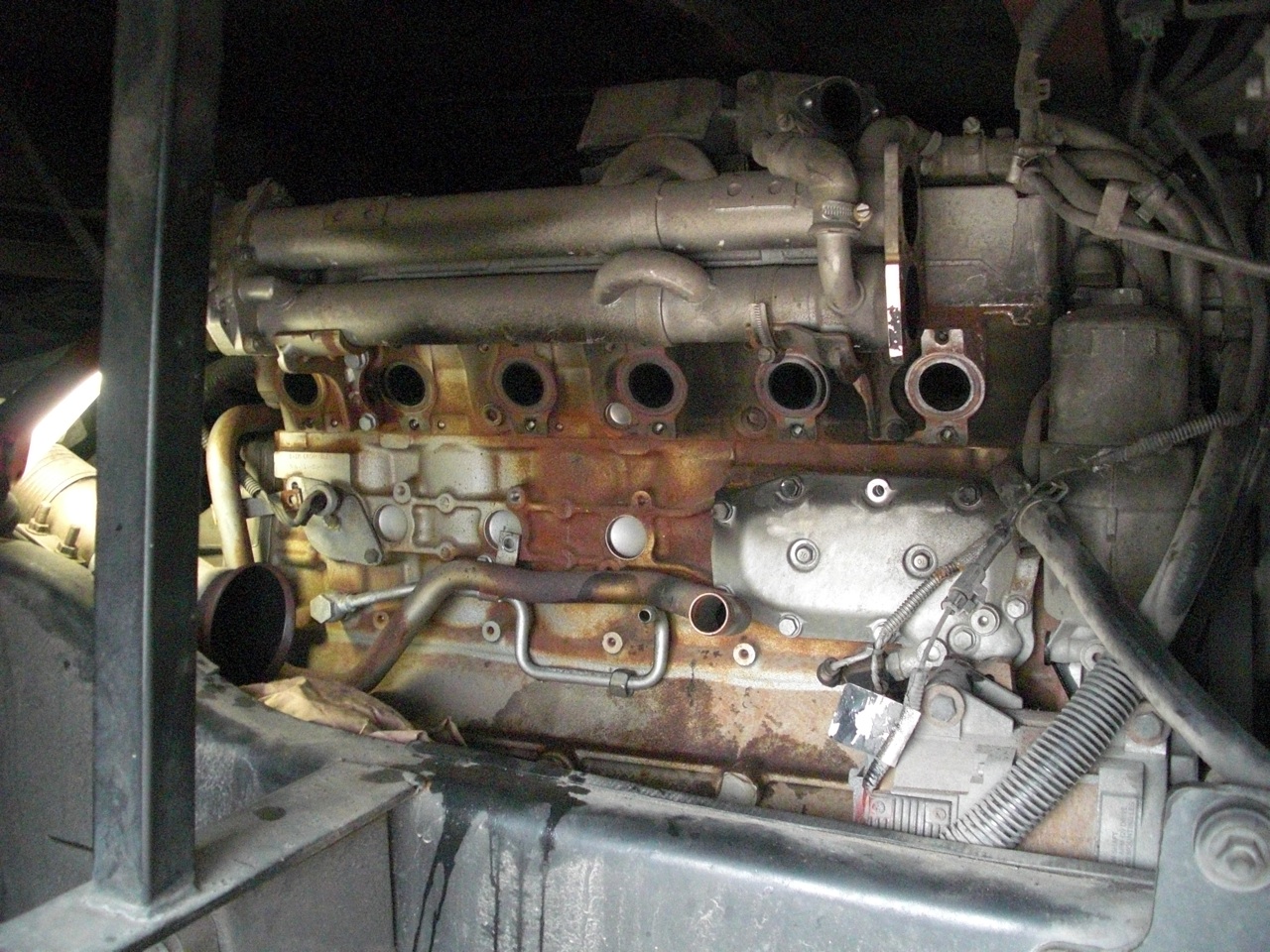 Engine After Tear Out 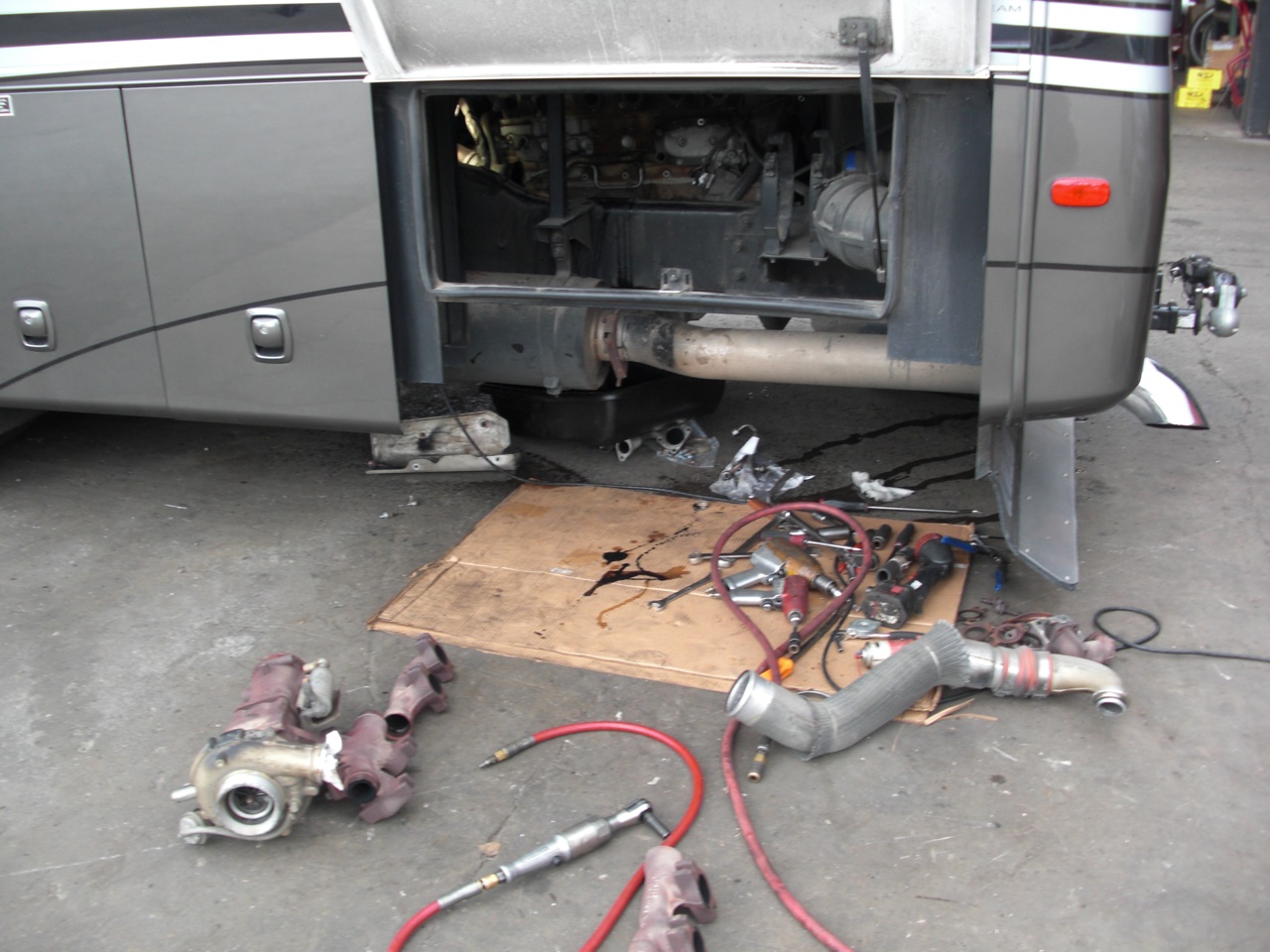 Parts All Over Ground From Our Engine