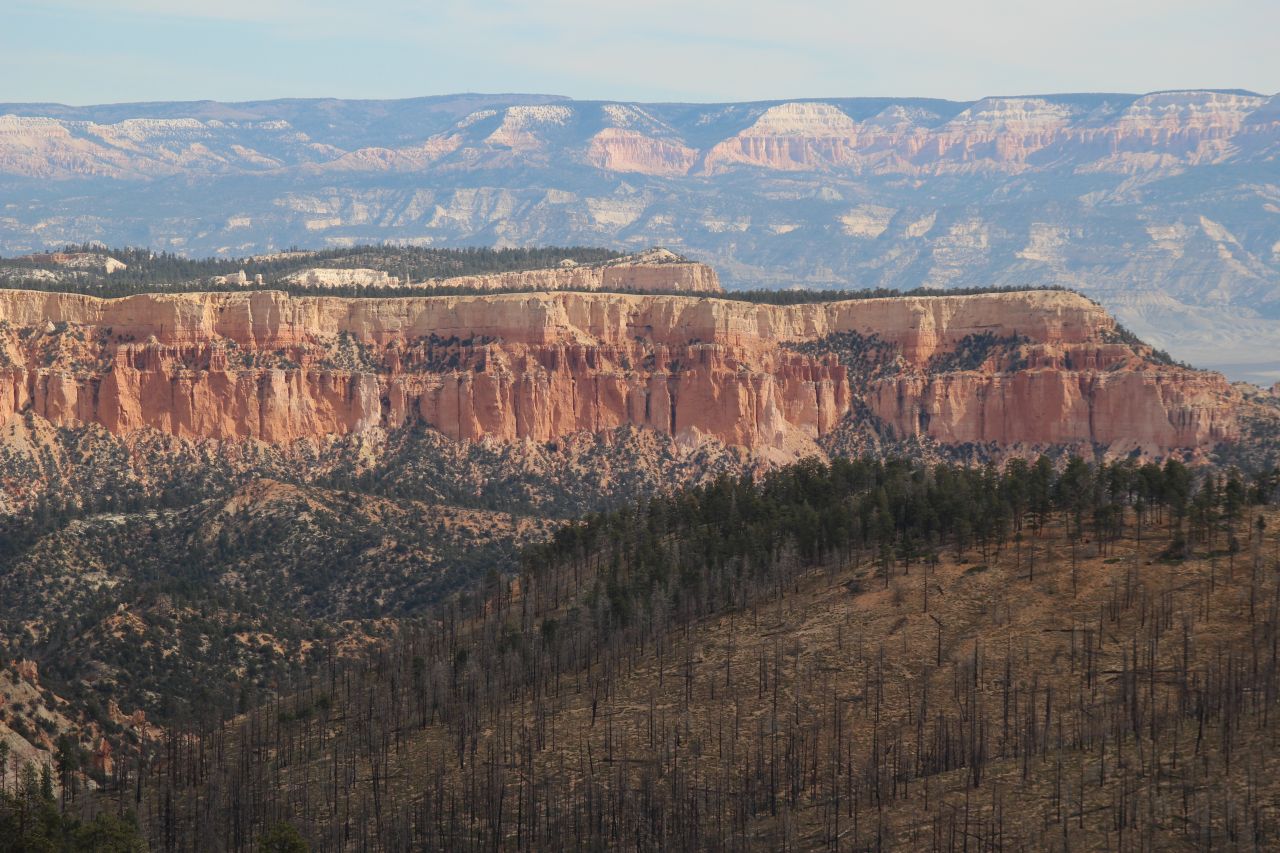 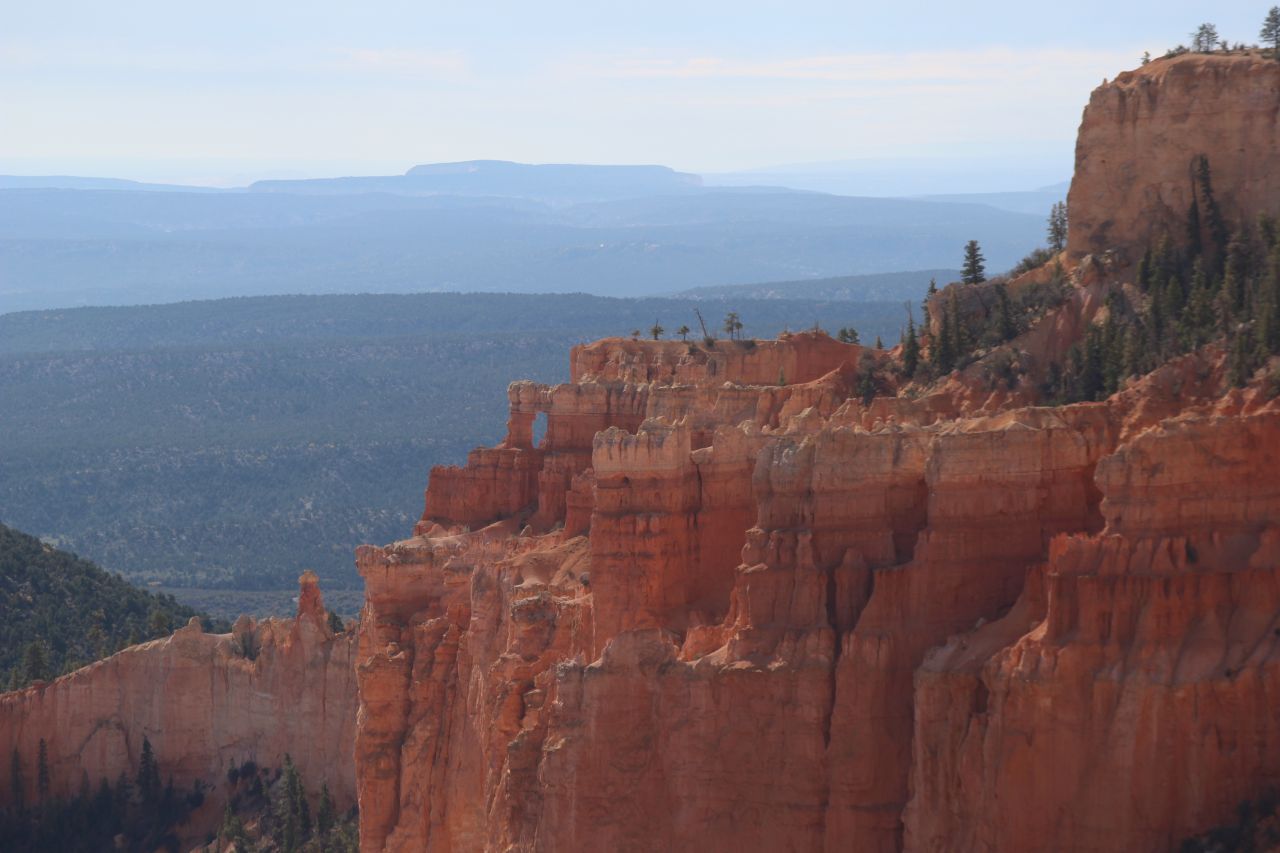 When we left the Moab area we drove to Bryce Canyon for a few days. We stayed at Ruby’s RV Park right there in Bryce Canyon village.

Ruby’s was a decent campground, very big rig friendly. This is the closest campground to Bryce Canyon. So if you are looking for convenience, this is your place. Keep in mind that even though Bryce Canyon is open year round, Ruby’s campground is not. We were there in mid-October and that was the end of their season.

Ruby’s actually has a pretty interesting history. In 1916 Rueben (Ruby) Syrett brought his family to the area to settle down. A few weeks after his arrival, a local rancher told him about the nearby canyon. They were so impressed by what they saw that they not only took full advantage to tell people of the canyon’s beauties, but they also became hosts to its visitors. By 1919 they had obtained permission from the state to build a lodge, the “Tourist Rest”, near the brink of the canyon. Today the town, small that it is with only one stop light (the only stop light in the entire county) is full of hotels, restaurants, grocery store and campground all part of Ruby’s legacy.

In 1923 Bryce Canyon became a National Monument and 1928 it was designated a National Park. Bryce Canyon is named after Mormon Pioneer Ebenezer Bryce and his wife, whom came to the area to settle down and stumbled upon this canyon. 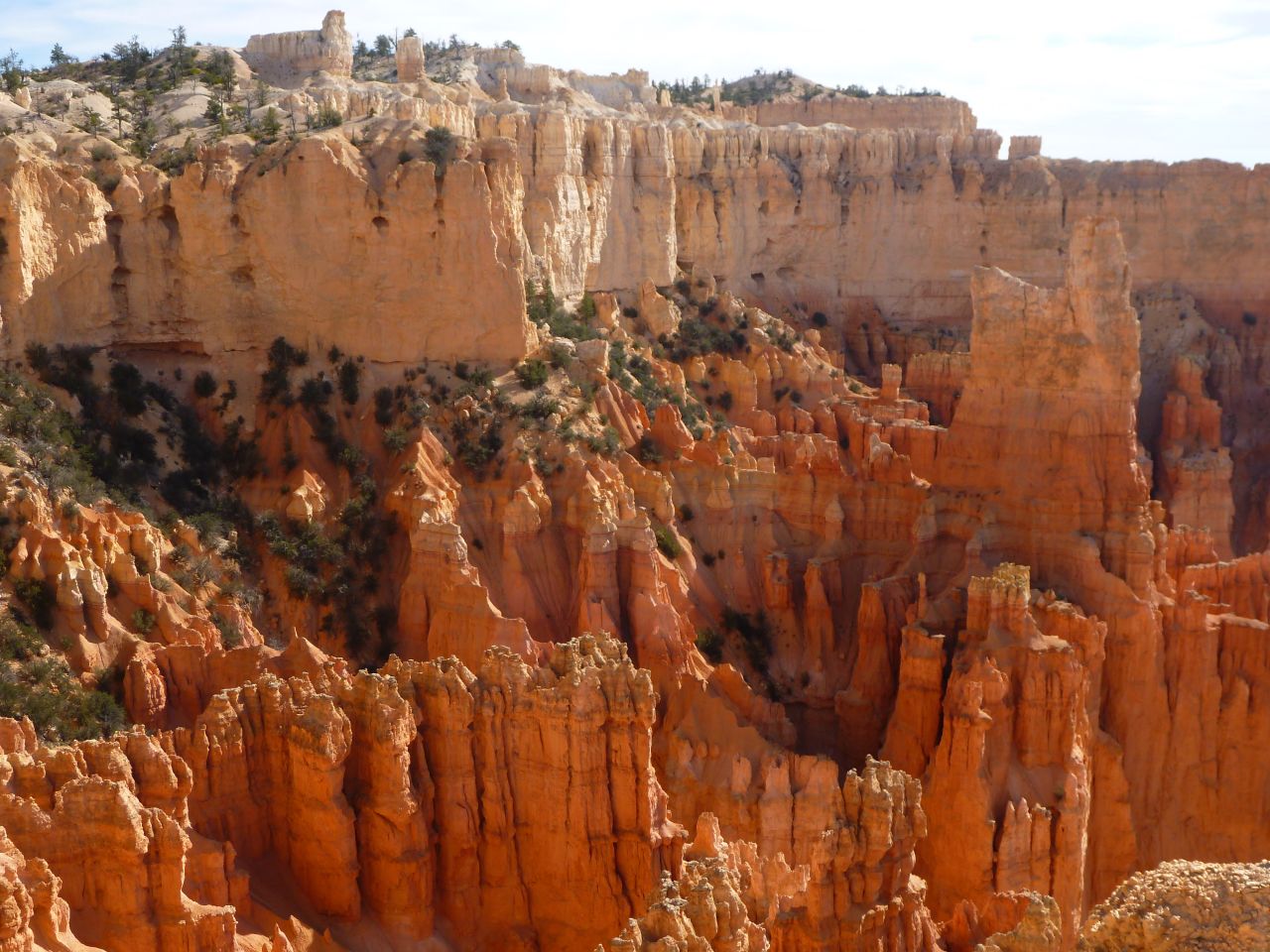 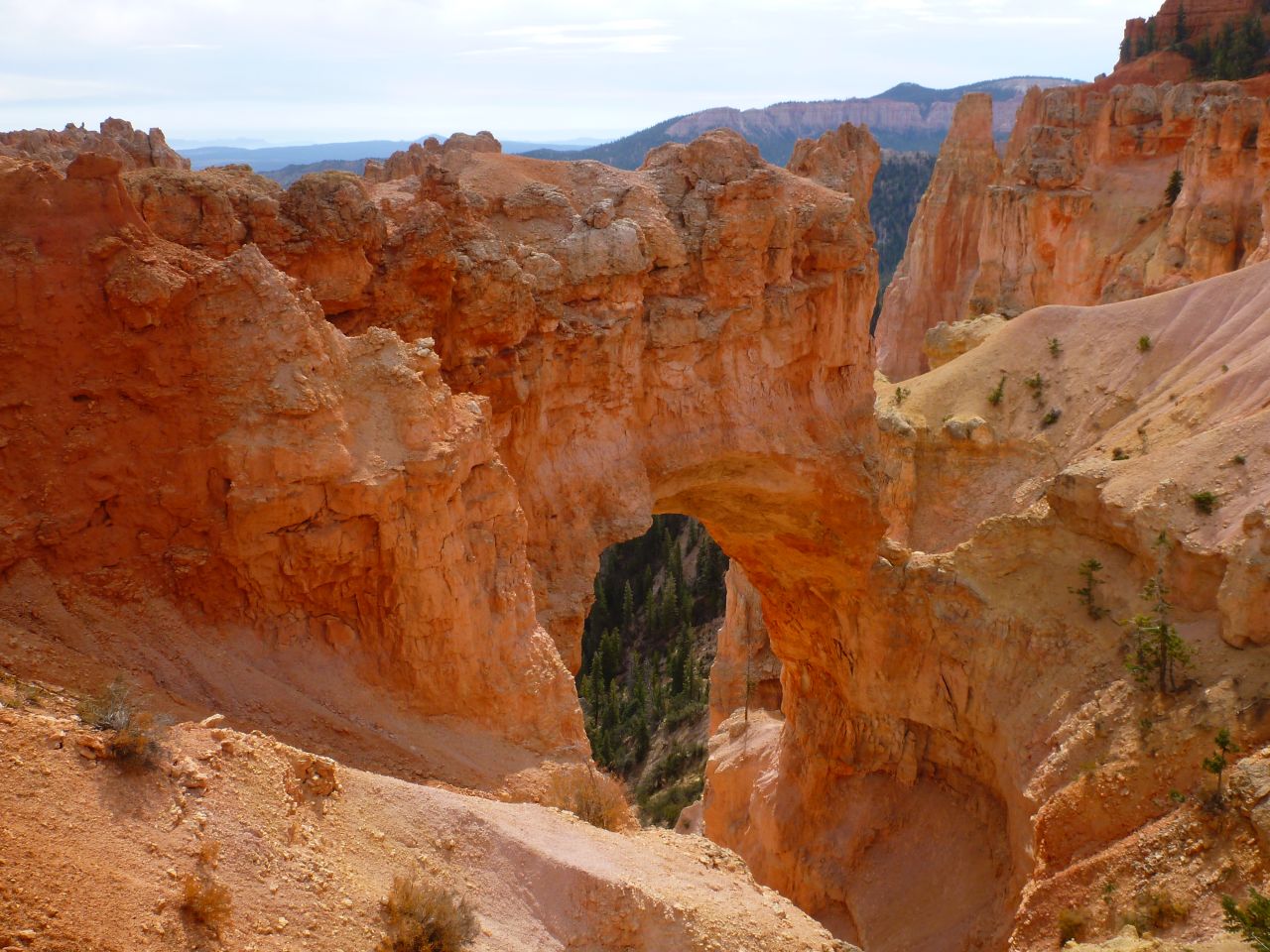 Bryce Canyon was actually a little smaller than we thought it was going to be. Just one road in and out, only 18 miles long. There are however, lots of hiking trails in and around the area.

High elevation, clean dry air and lack of light pollution make Bryce Canyon one of Earth’s darkest places. To take advantage of that, the park has what they call, “Dark Rangers”. They guide you on nighttime hikes and have telescopes to view the nighttime sky. This is a seasonal adventure, so when we were there in October, they were not offering this program. 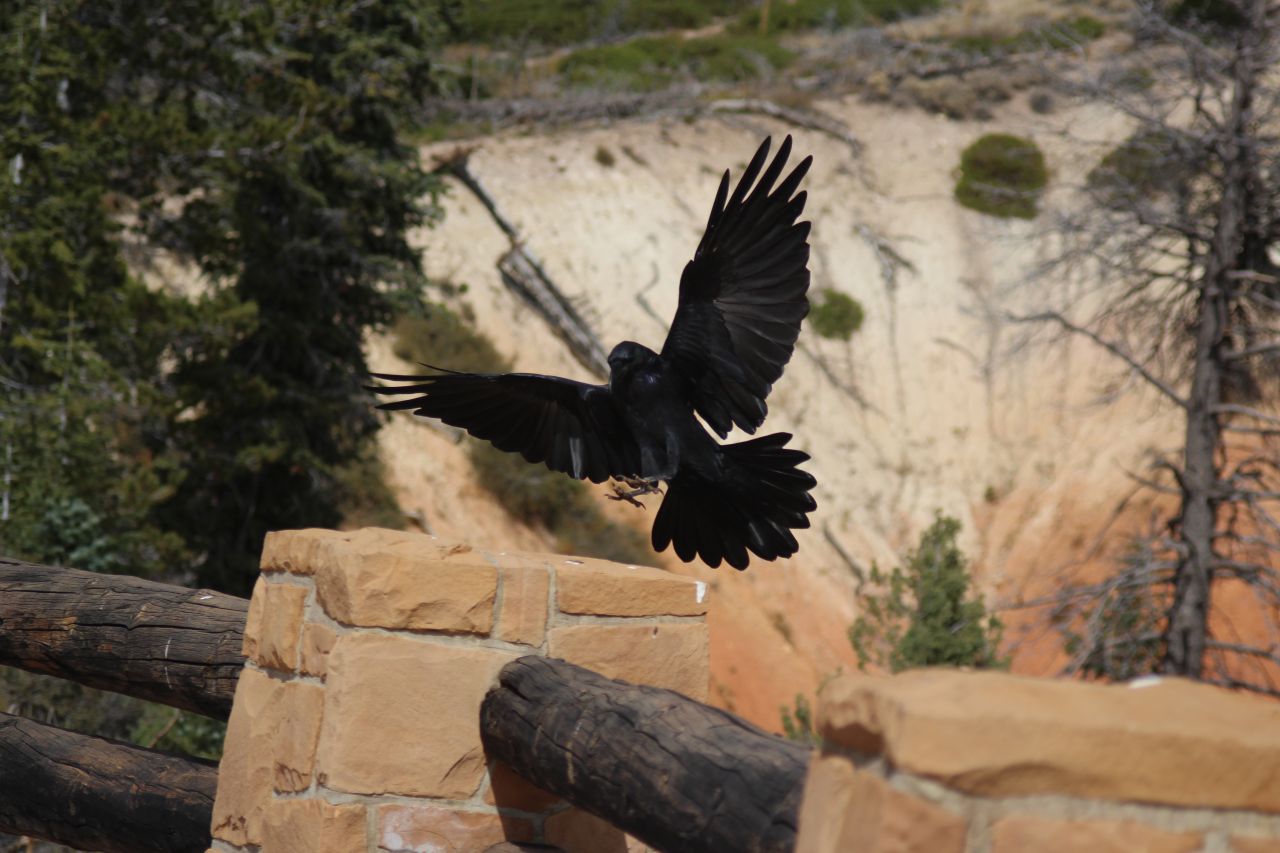 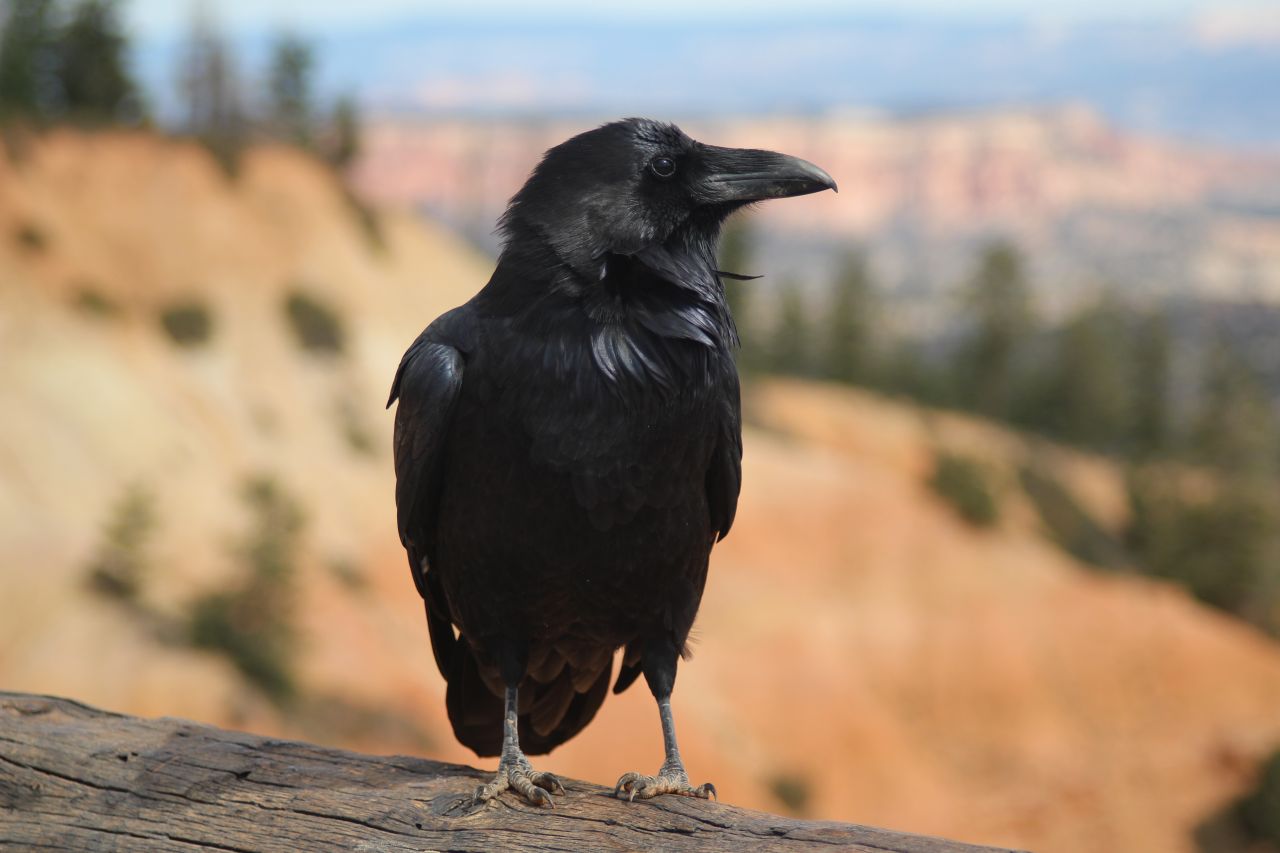 There are many turn-off points along the road with various viewing points and hikes. On a clear day you can see over 100 miles from Bryce Canyon due to the high elevation and pure air quality. There is also a lot of wildlife in this area. We saw the Steeler’s Jay, Black Chinned Hummingbirds and White-Breasted Nuthatches. But one in particular seemed to follow us, the Raven. These guys were smart. They went everywhere the people went hoping someone would throw them some food. Even though you are not supposed to feed the animals, people do, as they did when we were there. They would swoop in and just stare at you. Hoping for something and they usually got it. They were patient. It was amazing to us at how adept they were at being around humans. They really didn’t care if you walked towards them or not. This did make for some nice pictures. It was as if they were posing. 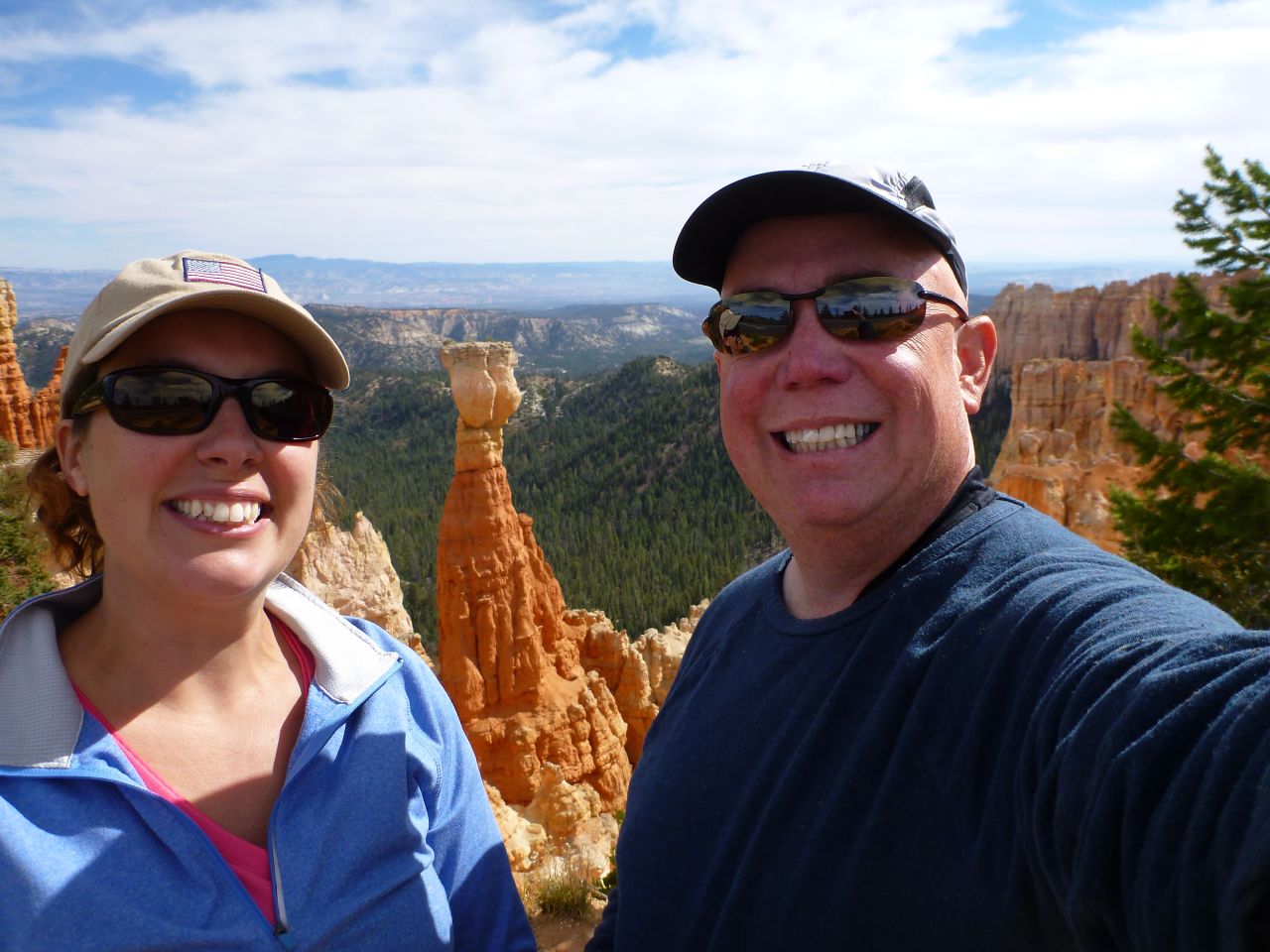 So Bryce Canyon is a nice to place visit. I would recommend it if you have not already been there. It’s easy to get to. The drive takes you through some really beautiful country and woods. In October the leaves were still changing into their yellows and reds. The nights were crisp but the days were warm. Ruby’s as well as Bryce Canyon were not crowded. This was truly the perfect time of year to go.

Icky rainy day today. I think I'll catch up on my

It's the weekend after a holiday. Try to rest a li