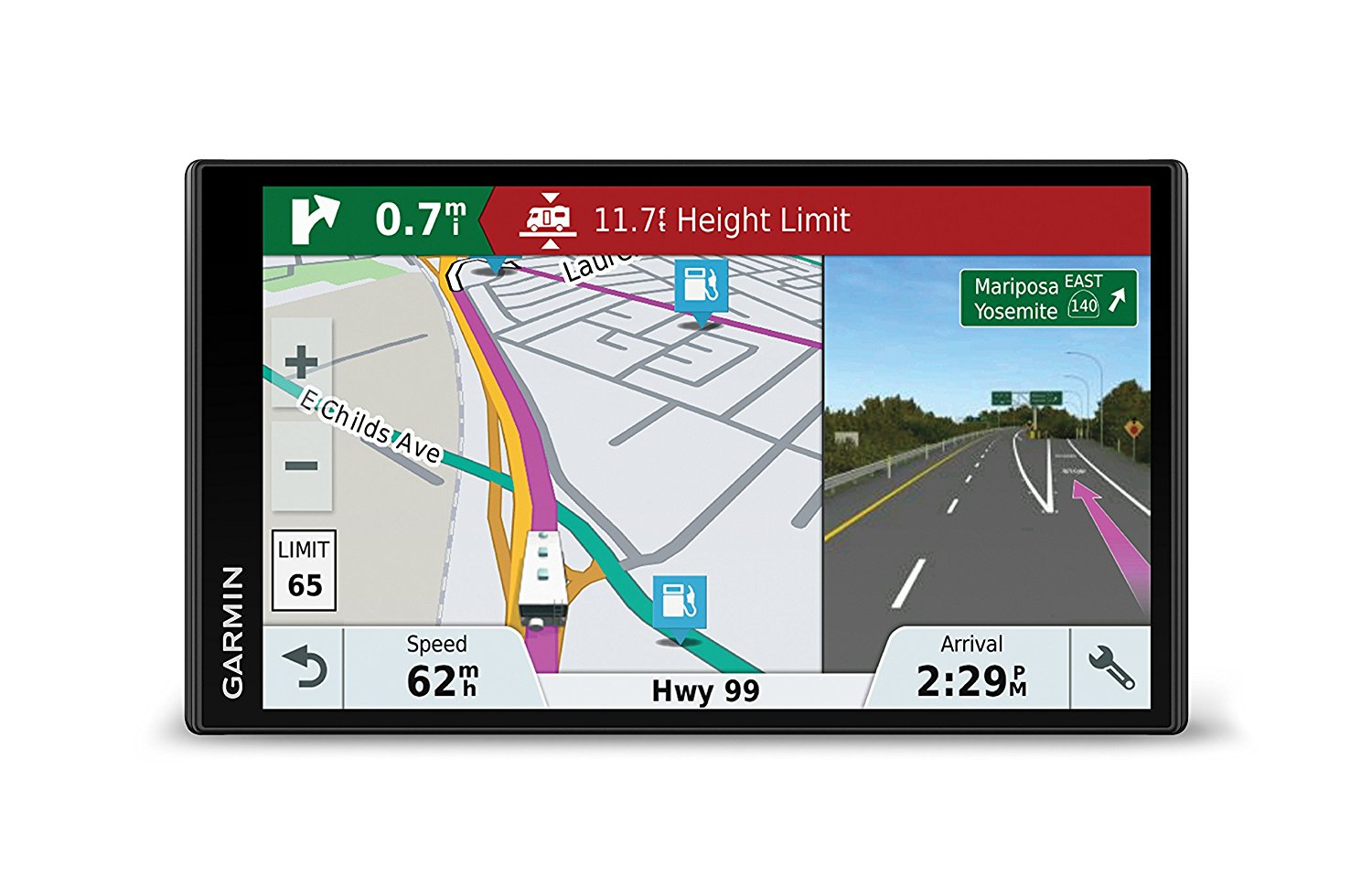 Can the new Garmin RV 770 LMT-S GPS be “THE GPS” for your travel needs?  We were able to get a hold of one from Gamin so we could review it and bring you our thoughts on it. The simple answer is, if you are looking for a new GPS for your RV, then you should look no further than the Garmin RV 770. (IMHO)

The RV 770 is made for the RV’er with many features added to aid in not only your safer travel, but also for selecting your next destination as well as anything you may need along the way. 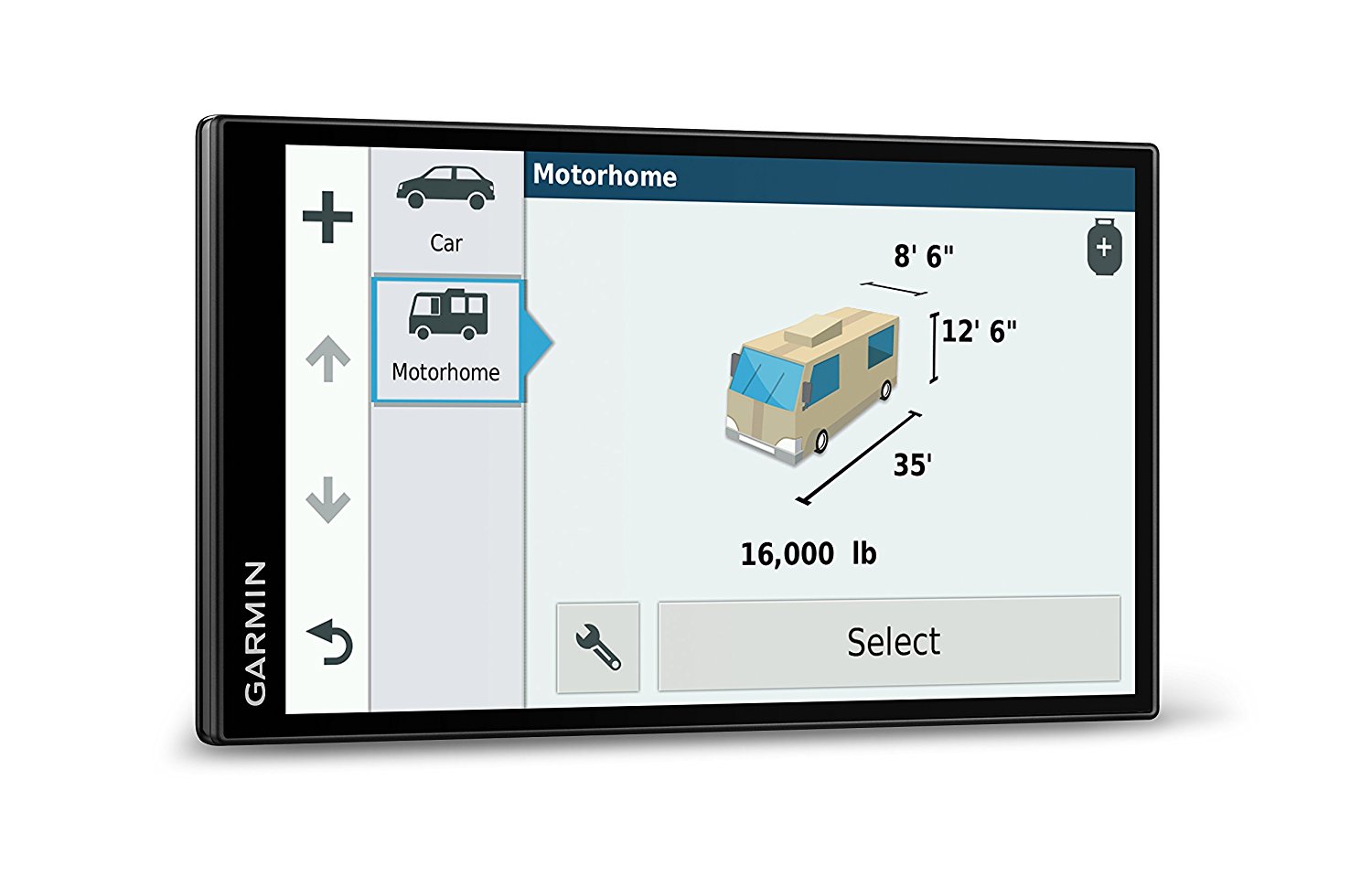 Drive With Customized RV Routing
You start off by inputing your RV size and weight information of your motorhome or towable trailer, and then RV 770 LMT-S will use this information to find the directions you need. The route will be determined based on the height, weight, length and even width of your RV or motorhome.
Searching For Where To Go
RV 770 LMT-S has a full and comprehensive list of RV Parks as well as Services. This listing of RV parks and campgrounds contains nearly 20,000 sites in the U.S. and Canada! This also includes national and state parks. You can easily search this directory by anything such as preferred amenities for things such as pet-friendly, electric hookups, & laundry, among other things, so you can easily find what you want. But on top of the directory, it also includes more than 14,000 RV service locations, including towing, tire shops, truck stops and repairs. 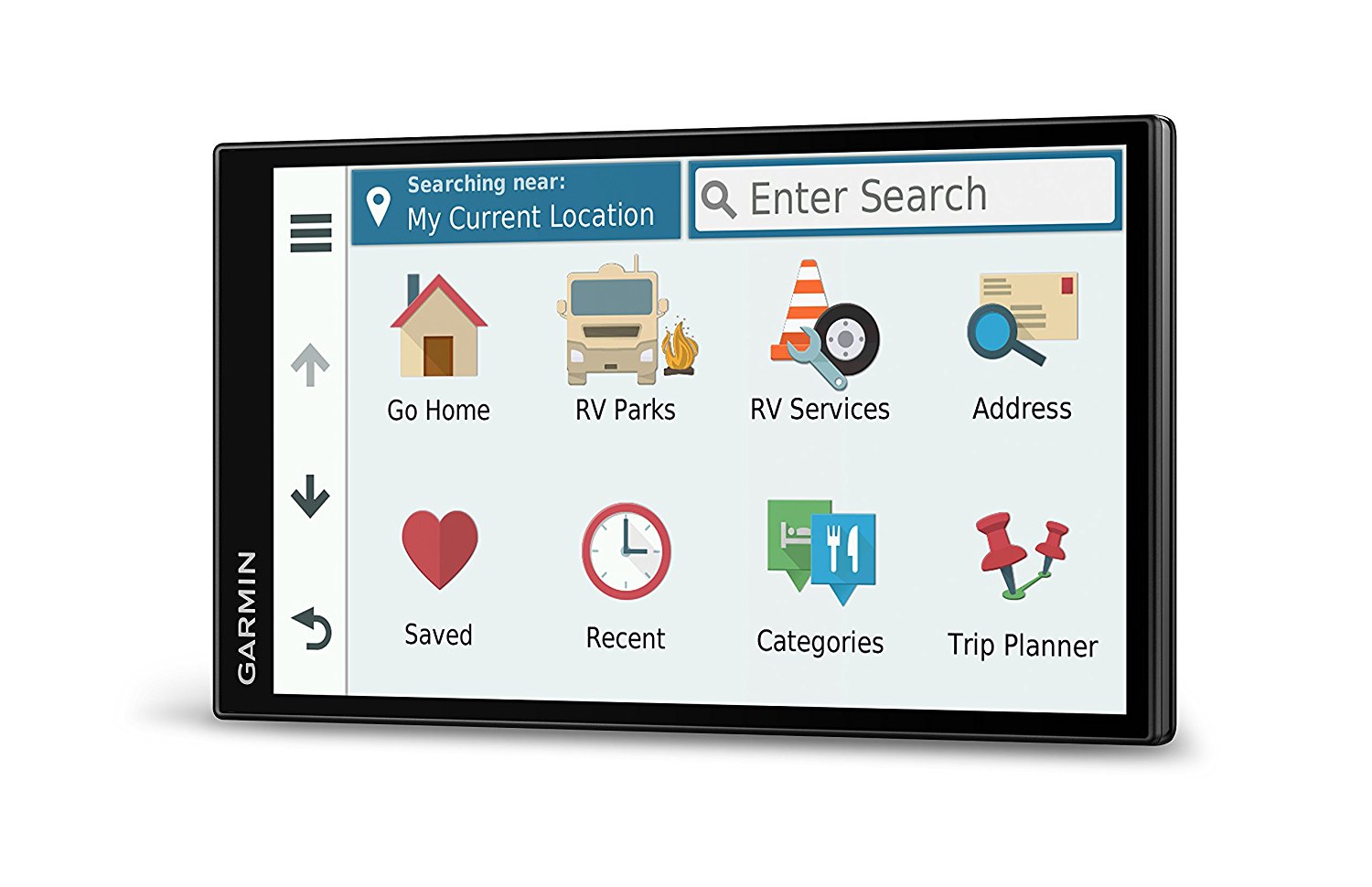 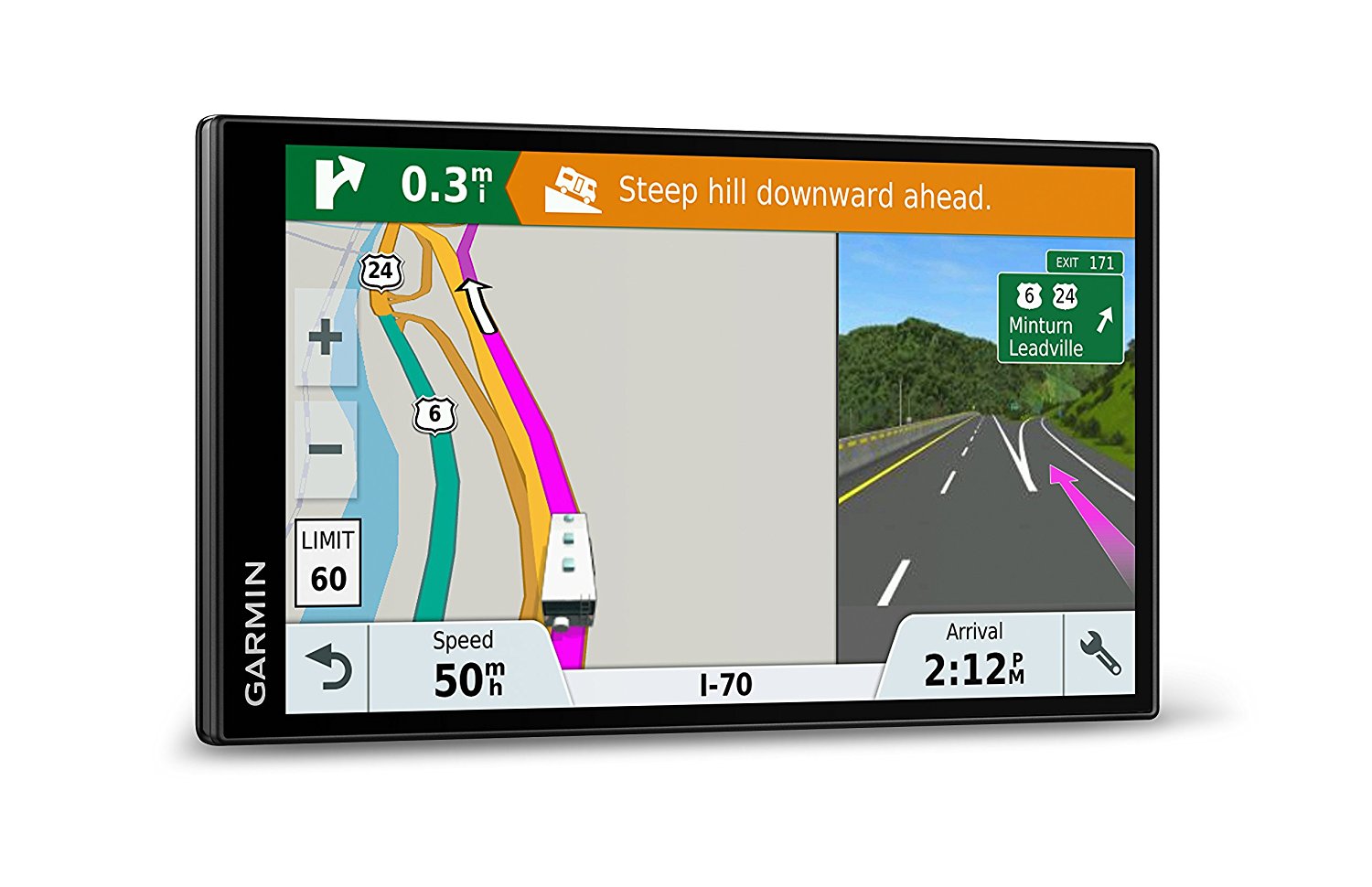 Warnings You Need Ahead
Of course it also comes loaded with detailed maps of the US that also includes RV related restrictions such as bridge heights, weight limits for most major roads and highways. It will alert you with a visual warning as well as talking to you about it. This of course helps prepare you for upcoming hills, curves and more. (Like CLIFF AHEAD!!!!!  Kidding.)
Oh, important thing here…pay close attention!  Ready?  IT COMES WITH FREE LIFETIME MAP UPDATES! That’s right. You will be able to get maps updated anytime by connecting the RV 770 to Wi-Fi and simply clicking on Updates. It will not only check for maps updates, POI, construction, etc, but also the firmware (software) that runs it.

When you’re not familiar with the area, like we normally are for areas that we are exploring, it’s nice to have something to help you. So enter the TripAdvisor database!  You can view ratings for points of interest, such as restaurants and attractions. You can look along your route or in the area you will be going.  The Trip Planner tool, will suggest some interesting stops you may care to consider along the way. But wait, their’s more!  In addition, the Foursquare database has also been included which includes millions more new and popular restaurants, shops, services etc.

BTW…You can sync your Bluetooth-enabled smartphone to RV 770 and by doing this you get other added features. You can make hands-free phone calls, but then again, I think I would stick to my headset for there is noise in the coach unlike a car. BUT… you can receive “smart notifications” on the display. Whats that?  Well, that means you can see incoming calls, text messages and calendar reminders without needing to grab your phone.

But also, and I love this being a techie, it also offers voice commands! Say “voice command,” which I learned to do as you will see in the video, and then say the command. The RV 770 will then do what you asked without needing to take your hands off the wheel. I tried asking it to get me coffee and for some reason it then routed me to a Starbucks.

The Garmin RV 770 Mounted on dash of out 2014 Allegro Bus. I added the hood that I had from my other GPS which just happened to be the right size. However, the screen is bright, so likely not needed.

Under it is a ScanGuage D which gives me more info on my engine than the dash board offers. 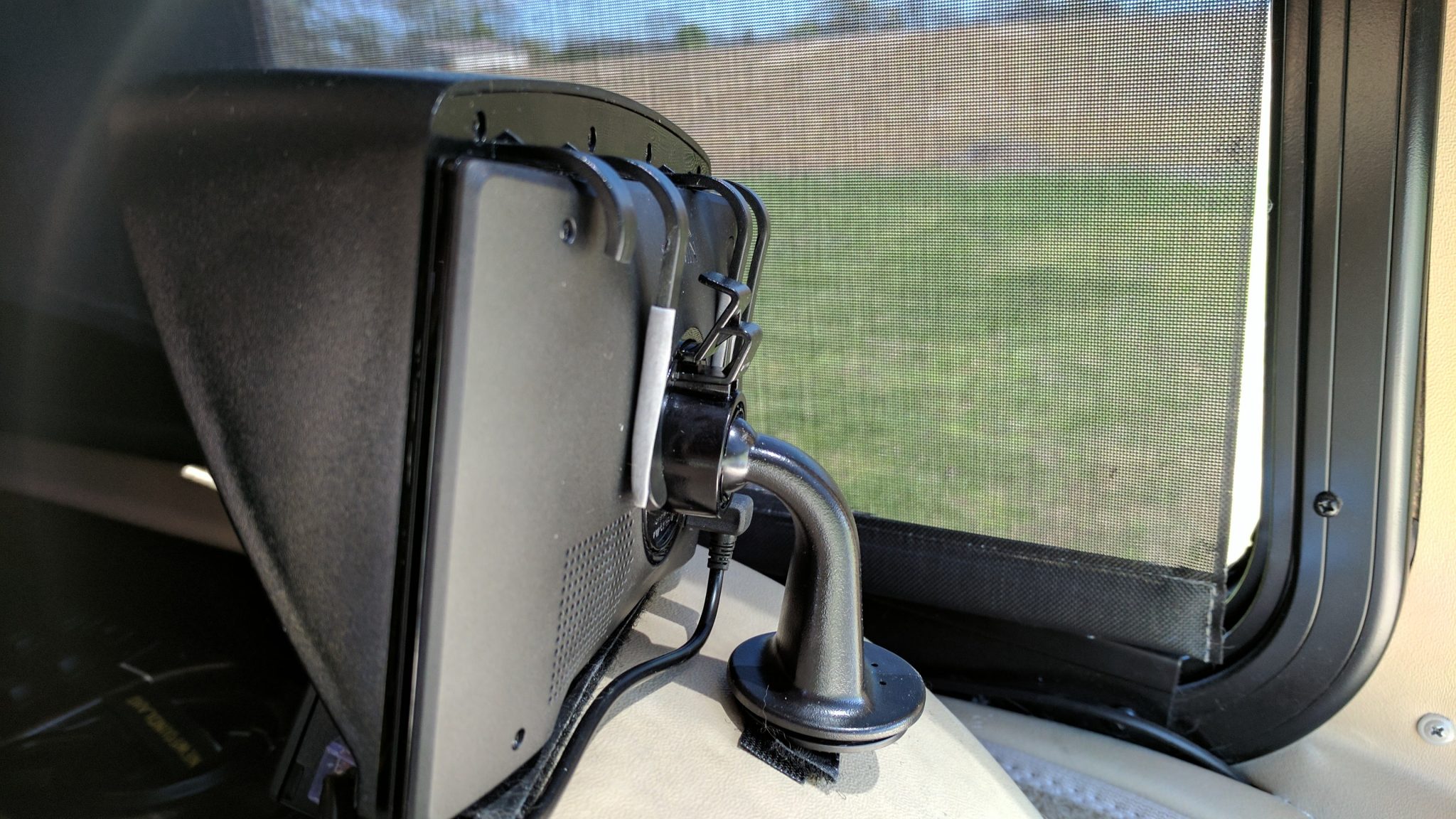 To mount it I used the arm from the suction mount and added velcro to the bottom edge. Also you can see a thin strip of velcro added to the bottom of the GPS that mounts it to the dash.

It may look like it would not stay put. But it surely does and so did my other one for years!

So I can go on and on and on with all the features etc, but why do that when you really only want to know one thing. Do I like it? Would I recommend it?  (Ok, Two things that are really the same when you think about out.)  But YES…I do like it and I would and already have recommended it as it has been even added to our recommended items page.

NOTE: Be it this GPS or any, we always will check the routes that we have not driven before with a Road Carriers’ Atlas made for large rigs. We will also use Google maps on a tablet/phone while driving as long as we have Internet data.

Ok, now some of these are little things, while others we think really need some work.  The good news here is that seeing it is all software, it surly can be improved with software updates. None of these are deal breakers as I know they surely will be improved over time seeing the unit is new.

PLEASE!!! If you own a unit, please send notes into Garmin about such things as the above that you find. After all, if they do not hear about it, they can not improve the user experience. So if some of the above are important to you also…Let them know!  Here is the link to the Contact on FaceBook seeing we could not find ANY e-mail address. CLICK  (Their website support pages are a pain!)

With ANY GPS product you can having issues with mapping etc. This is why we check each route with a Road Carriers’ Atlas made for large rigs. Always drive smart and check things, as any GPS is not as smart as one would hope.