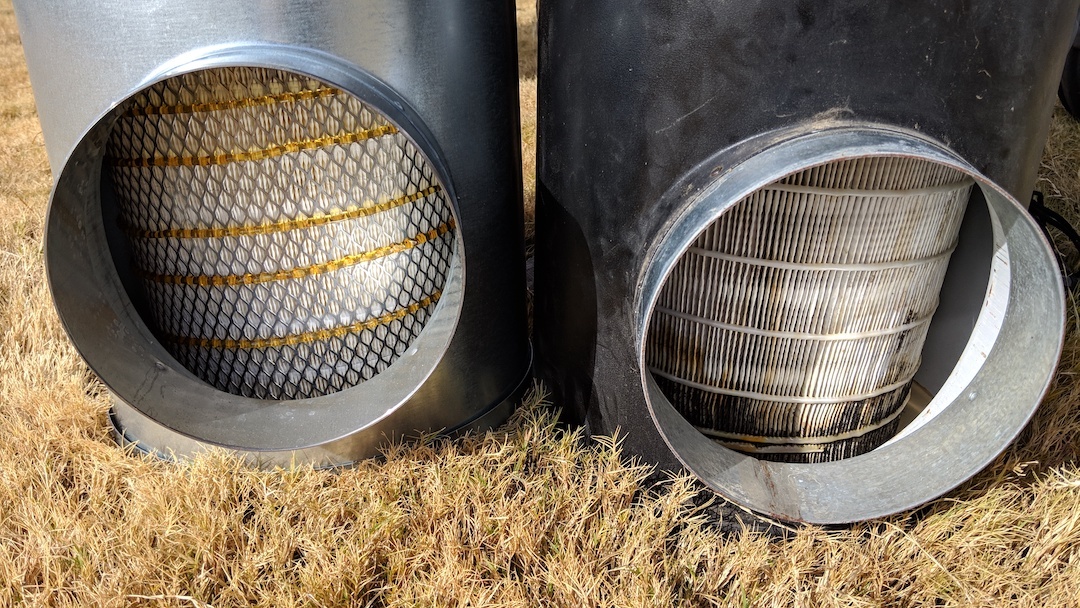 Well it is about time I got back to work…Well, make a video at least. So I thought I would make one that could end up saving you from a very large repair bill. How? Simple…By showing you how to replace your air filter for your motor coach. In this case, a Cummins 450ISL engine in a Tiffin Allego Bus.

Even if you do not care to do it yourself and save some money, at least give you a heads up that you should be doing so every two years reguardless if you use your coach or not. (In other words, before you drive it again if it has been sitting.)

Why you might be asking?  Well that is becausse they are made from paper and as such with the temperature and humidity changes that happen, over the two years it can degrade the filter.  If it degrades enough, it could end up getting sucked into your turbo and engine thus making for one very large rebuild of your engine.

So, be sure to at least get it replaced per the manufacturers maintenance schedule, in which case ours, as mentioned, is every two years.  (Note…Inside the box for the filter it reads every 1 year…I don’t see that seeing that Cummins states two years.  But that’s another story in it’s own I guess.

So on to the 20 minute video where I talk about the importance and then change it out.  Yes, in less than 20 minutes you can save yourself labor costs of having it installed. (In our case, they wanted $110 to install it. Ouch!)  Either doing it yourself or having it done at least every two years you know you’re are protecting your engine from what could be a really bad issue! Not to mention making sure it has the air it needs to get the best fuel milage.

Icky rainy day today. I think I'll catch up on my

It's the weekend after a holiday. Try to rest a li

Happy Thanksgiving Y'all! We hope you enjoy your f