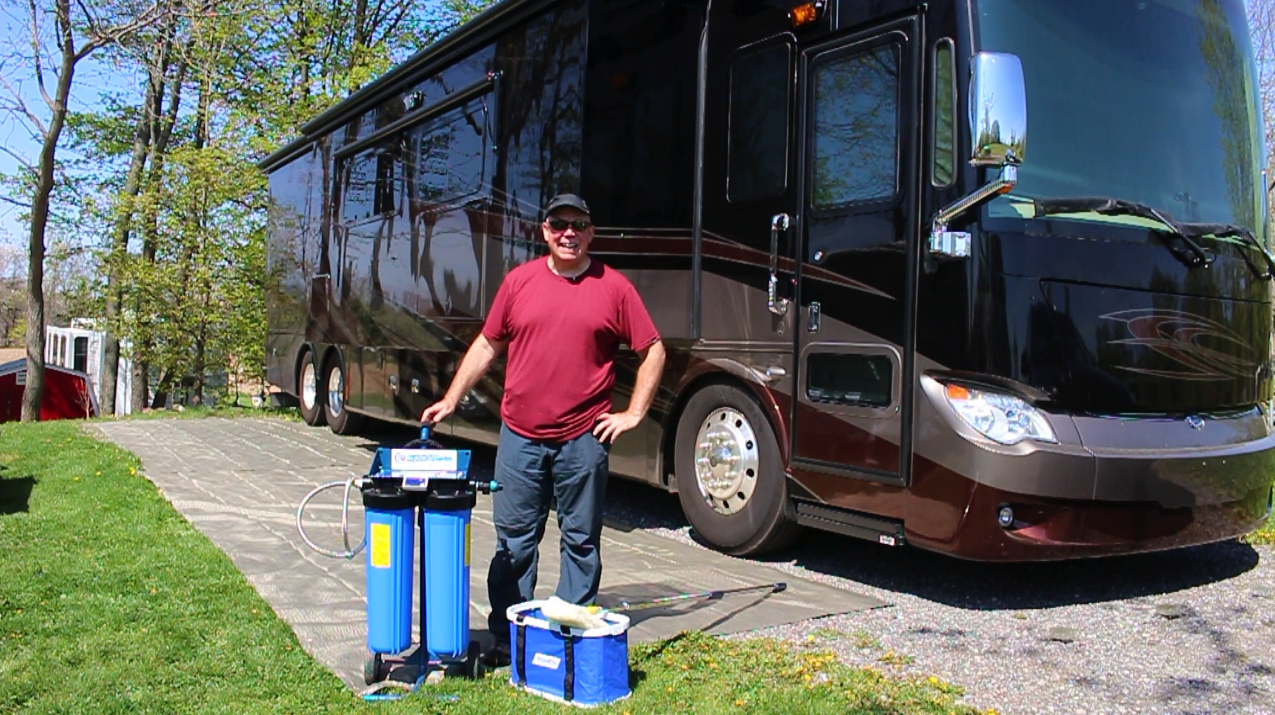 After doing much research and reading on various forums and car detailing websites, I concluded the CR Spotless Water System has to be what I was looking for. So off I went to order a system.

So you know what this is, it is a water de-ionizer. What that means in simple terms is that as the water passes through special resin, everything other than the H2O molecules are attracted to the resin and held. What comes out is mineral free water that won’t spot. It is the minerals in the water that will leave the water spots, so without minerals, no spots. No chemicals are involved. 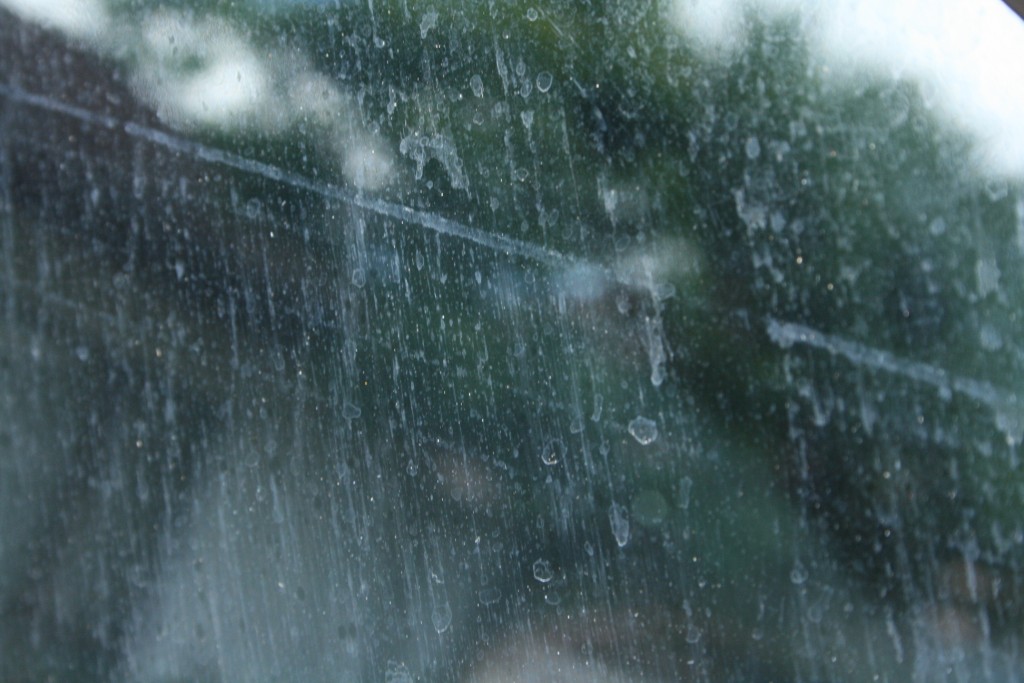 So then becomes the issue…which one? They have a number of models and on some of the sites the information was different then it was on the manufacturers own site. (BTW…Made in the USA.) The information that was different was the number of gallons of water you could expect to be able to run through it before needing to replace the resin. Some sites state 200 gallons while another said 150 gallons for the same model.

Be it 150 or 200 gallons it is VERY important to note that this number is surely not an exact thing as that all depends on your waters current hardness. If you travel you surely know that water out west in places like Utah and Arizona is very, very hard. As such, you will go through the resin quickly. But in a place like upstate NY, it will last much longer as the water is great. (Though it surly still spots.)

I of course wanted to get the best use I could for such a large coach and ended up with the top model, the CR20. However, after receiving it, I quickly realized it is not something I can carry with us full time in the coach. (Oops!) As such, this CR20 unit will need to stay here at Southwoods RV Resort where we are most of the summer as we visit family and doctors. (We have a seasonal site we go and come from as we travel the upper areas.) As such, I am now going to need another smaller unit to travel with, for after using it, I know I can not be without it.

So, how well did it work? As I just mentioned, I now can not be without one when we travel. I knew it would work, but WOW did it work. On our coach it is easy to see spots seeing we are on the darker side. But by the time we were done washing the driver side of the coach and walked back around to the passenger side that was in the sun, it was already dry, and better yet, it was spotless! We had not touched it with a towel, squeegee or anything. Not even the windows had spots. It was great for it would have been at that time we would have started to dry it and spent at least another 1.5 hours on it. 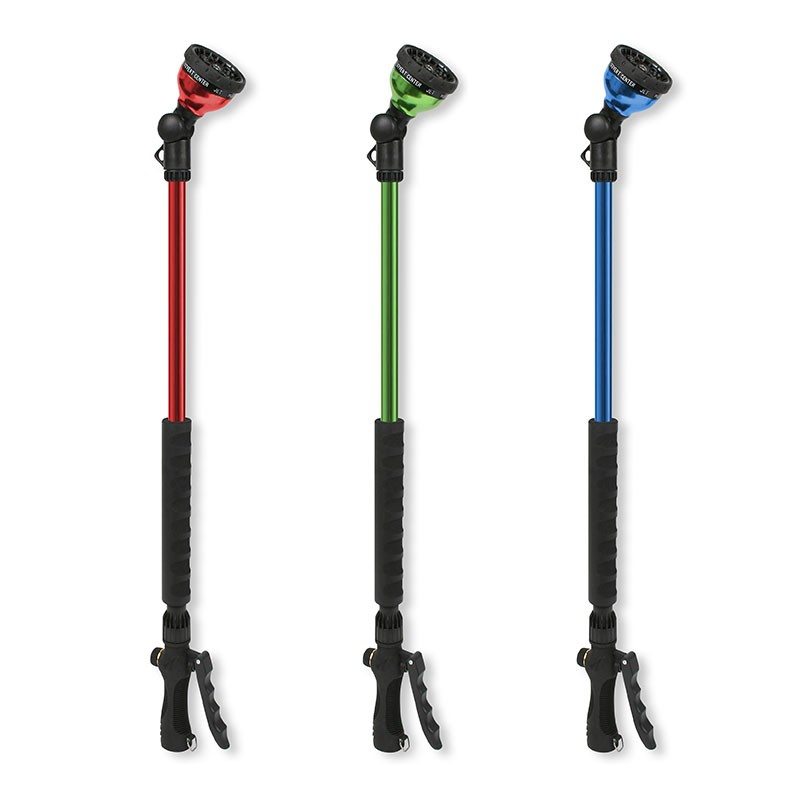 1) We use ONLY lambs wool pads on the coach when washing. Never a brush.

2) We use a mixture of 1 oz Baby Shampoo and 1/2 cup Food Grade Vinegar to 5 gallons of water.

3) Wet the coach with standard water a section at a time and then wash that section.

4) Rinse the section with the CR Spotless System. If you use it to wet it down, it runs through the resin and thus shortens the life of it. You only use it for the final rinse!!!

5) You will want a spray wand to help reach up as it will help greatly to get the upper areas rinsed.

6) If the TDS meter on it reads 20, stop rinsing as it is time to replace the resin. (It is good to keep some on hand.)

And last but not least, watch it dry. Really, I bet you will the first time. I admit, I kept checking. ;)

So, want to hear about this in a video? Well ok, twist my arm, here you go…

ALERT – 10% SPECIAL DISCOUNT
CR Spotless contacted us and offered our readers a 10% Discount until July 31st!!! At checkout use Coupon Code OOB15 (We DO NOT profit from your purchase.)