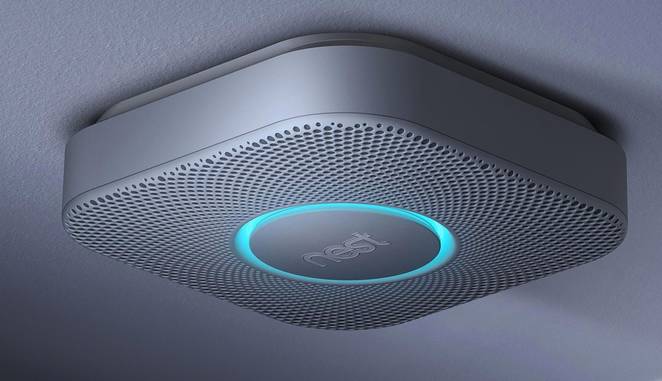 So, why Nest Smoke Detectors? After all they are costly at like $100 each. Well, we have three in our coach. Why three? Glad you asked.  Front, rear and the often overlooked CARGO BAY. Huh…Cargo bay? Yes, think about it. Down in the cargo bay you have electric, fuel, and chemicals. Any of which can make a fire. And you would never know it until it was already too late based on the time it would take for the smoke to enter into your main cabin and set off the smoke detector. At that point it’s way too late.

The important things to note about the Nest Smoke Detectors is that they are linked together in a mesh network. What this means is that they are communicating with each other. So if one goes off, they all go off! And not only that, they tell you where smoke was detected. So if there is smoke in the cargo bay, the inside Nest Smoke Detectors will tell you “smoke detector in the basement”. (It doesn’t know what a cargo bay is so it says basement which is fine. After all, it is made for a house.) Also, they are Wi-Fi enabled. Which means they can send you a message to your cell phone thus telling you there’s an issue. 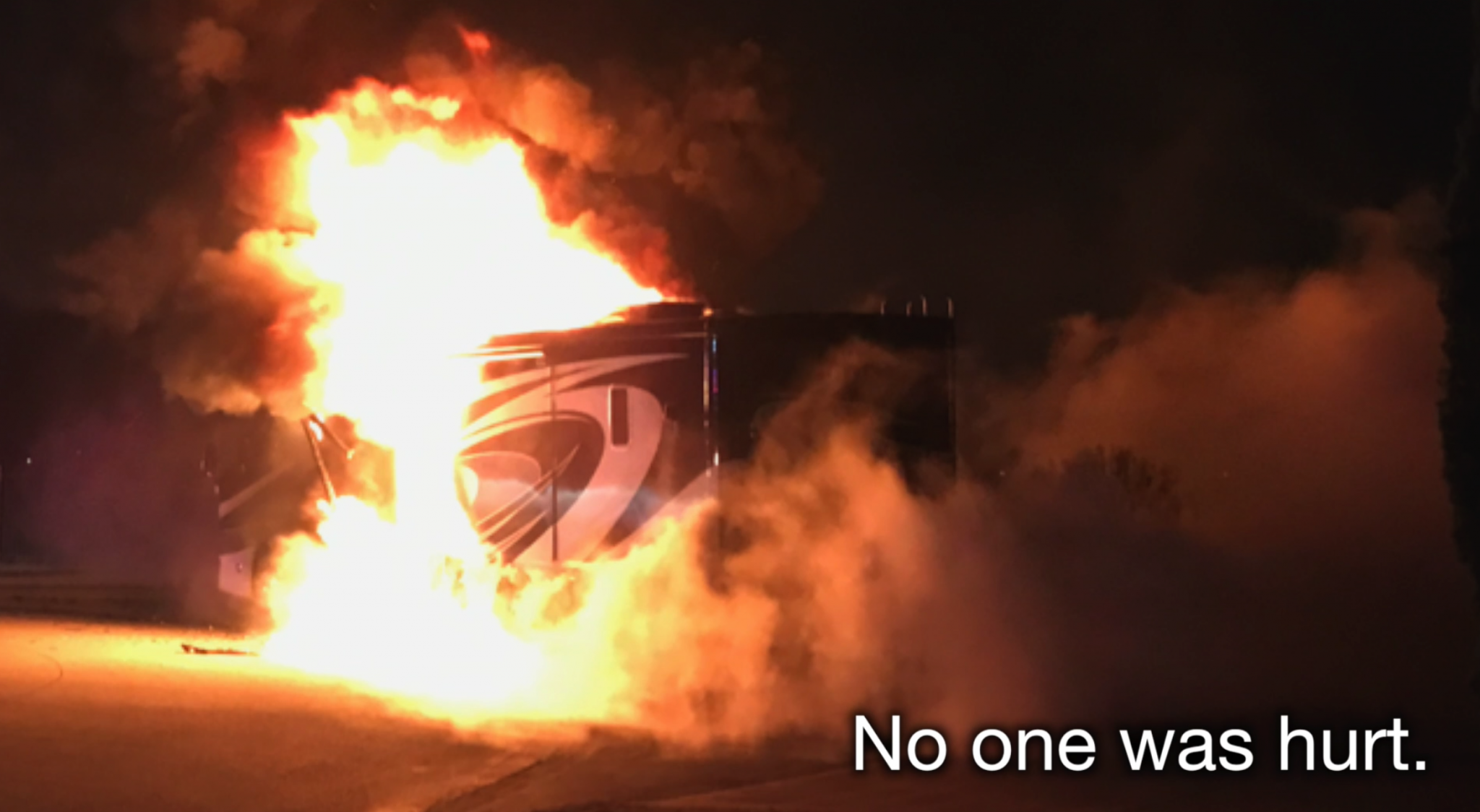 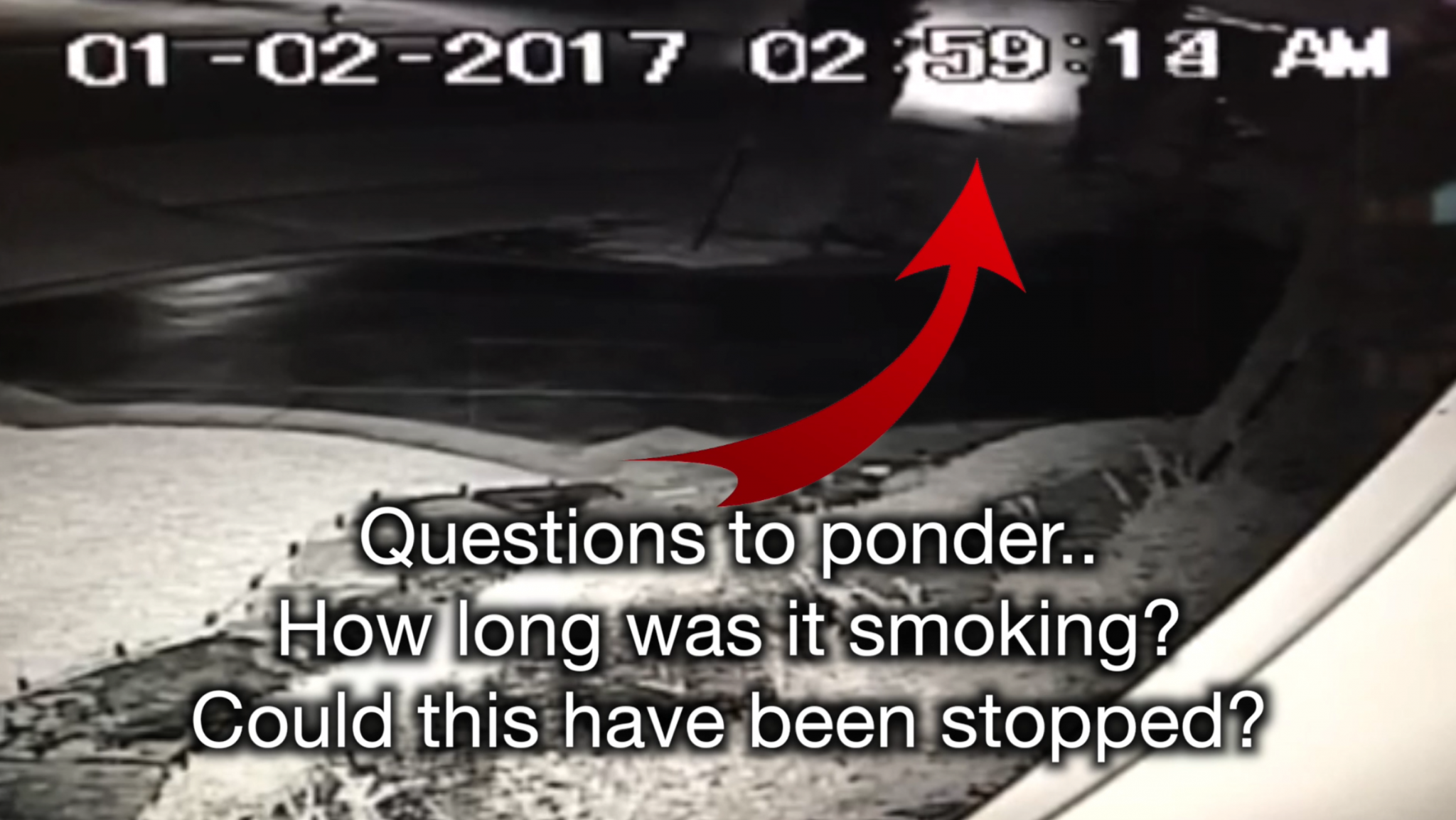 So you may want to consider looking into upgrading your smoke detection in your motorcoach. After all, in the particular case above, it might have made a world of difference. But most importantly, no matter what you do, please add any type of smoke detector in the cargo bay. I’d rather have a chance of being alerted than not being alerted at all. I did a post on this sometime back. Here it is if you care to look at it.

Of course I made a video talking about this. Enjoy.  Please be so kind to share this post with others, as it just might make a difference.

Yup....we live up in the clouds. Eerie day today.

Walking Loki back up our driveway from an evening

Oooo......mom and dad got Chinese food for dinner

Fun day with mom yesterday. Mom took me out to @pe

Yesterday was momma's birfday so dad took us out f

Who knew you had to buy rock? There's rocks everyw