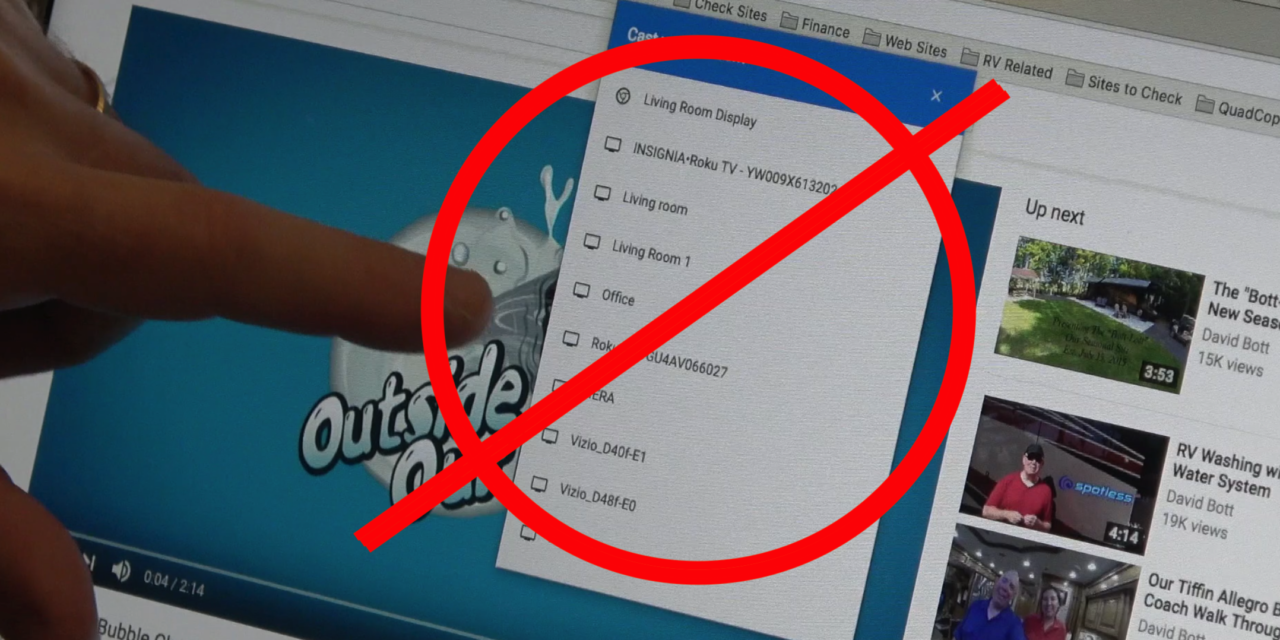 In the video below, let me show you how easy the above could be. I think you will be shocked to say the least.  After all, you don’t know what you don’t know.  And is such cases, most people don’t. And worse, nor do the RV Parks understand this either.

BTW…In the video am talking about devices such as content streamers and printers. Not only can these devices be accessed as shown, it also leaves them open to hacking and thus being used for other things. Like a friend of mine said so well….You know, all the rampant worms and hacks that are going on all over the internet which enslave IOT devices ( printers, tvs, routers, rokus, printers ) for coordinated attacks on other networks, or, the more common thing now is crypto currency mining on those devices for someone else’s profit.

I did not even get into all the computers, tablets and phones I could see as I was only showing devices to make it easy to understand. The firewall in your computer is for that computer, not other devices and that may not even be setup correctly. So you really want to be behind a hardware firewall to separate yourself all together from the park’s network.

This will help protect you. It is a post I did long ago but is still current: Build a Private System for Under $100

Short of building one…At least then consider the Winegard ConnecT V2 which is simple to install and setup for protection.