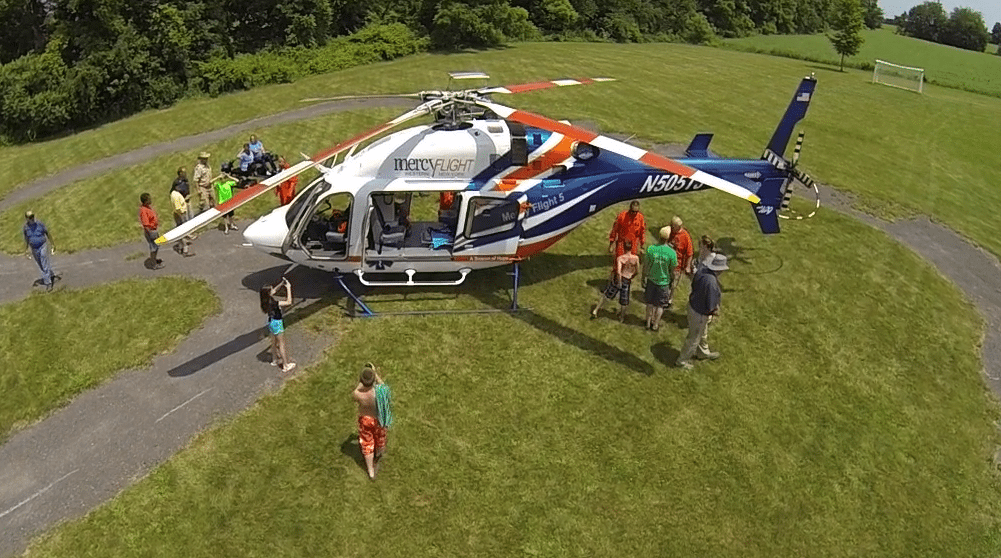 At first it really did not go as planned for as they were coming in, they got a call and made a hard left and exited the area as quickly as they came in. Below is the only image I was able to grab. Not to let down the crowd however, I flew the quadcoptor, the Helibott, around the landing area and then came down for a landing where Mercy Flight 5 was to land. Ok, so it was not as awe inspiring as Chopper 5 would have been…but at least I tried. When word came that they would not be able to make it back to the park, let’s just say that there were a lot of sad little faces. (Ok, I was sad.)

Brenda and I then headed out to a local Farmer’s Market.  No sooner did we arrive at the Farmer’s Market, we received a call that Mercy Flight said they would be able to head back and they were about 15 mins out. As we hung up the call, I looked to the sky to see Chopper 5 going across the horizon. I said to Brenda, they will be there before that…Let’s go. 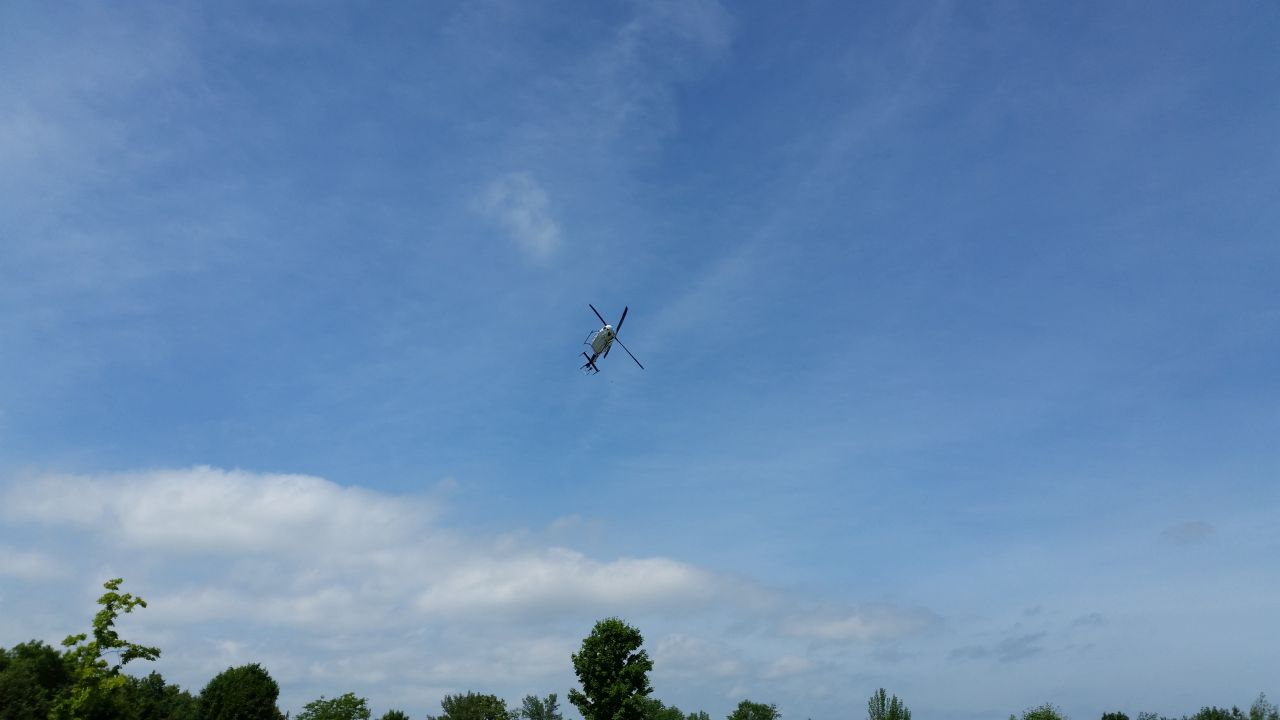 Mercy Flight banking to head to a call.

So we arrived back to the park and we grabbed the Helibott again and went over to where they had landed. I spoke with the pilot and explained who I was and what I did, he had no issue with me flying for video footage of the visit. I of course would not be flying when they were going to depart and I would not have been flying when they were approaching for landing. Flying while an aircraft is in the air is NOT COOL and NOT SAFE and NOT LEGAL. So Fly Smart – Fly Safe. 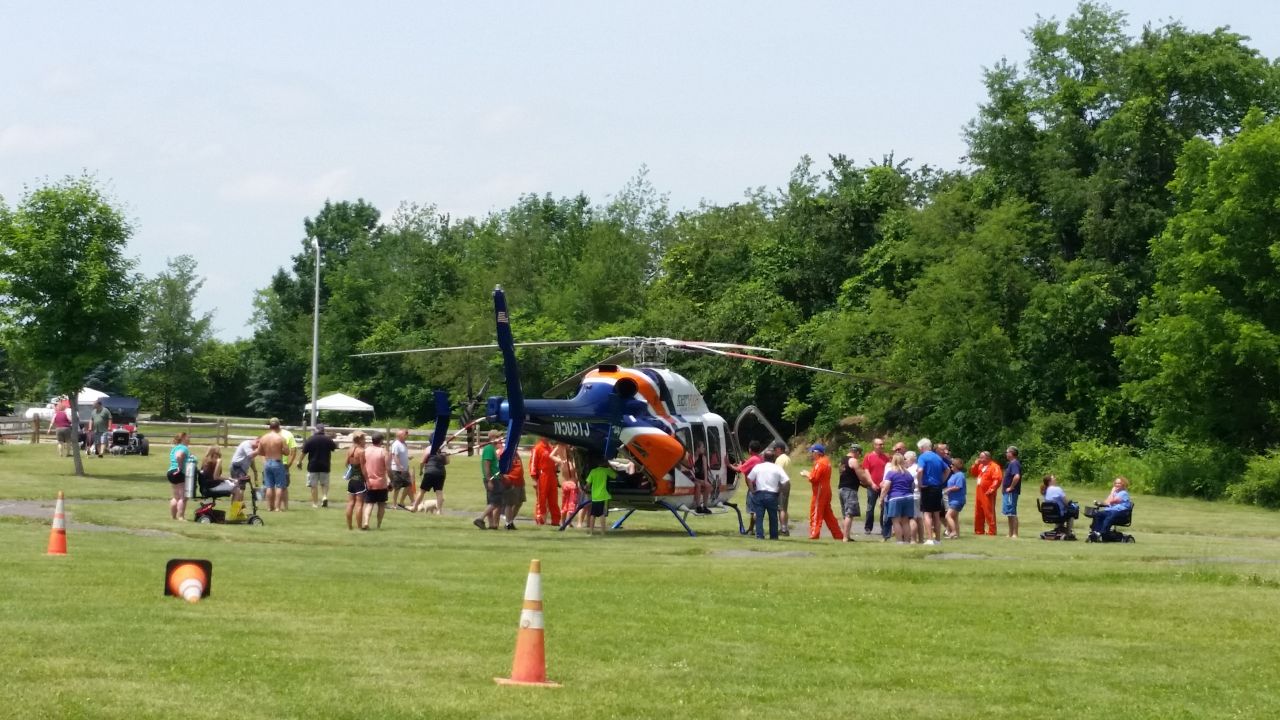 The action around Chopper 5 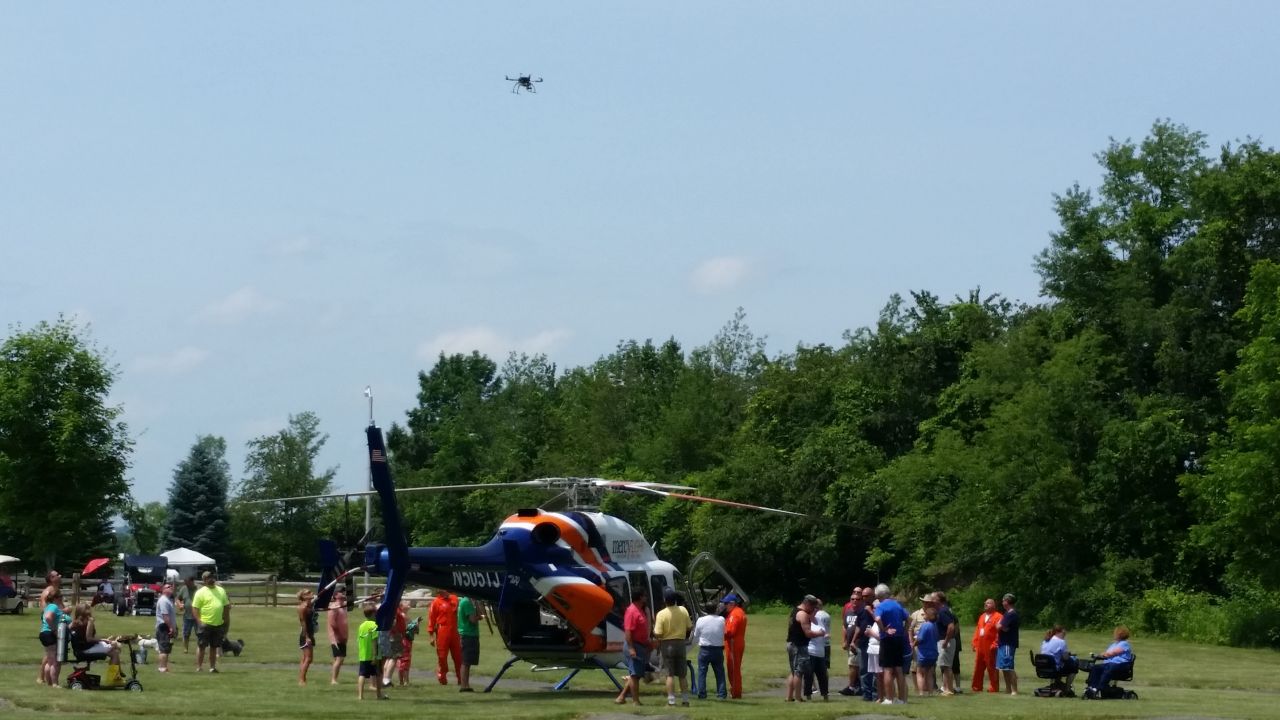 The HelliBott getting the shot! 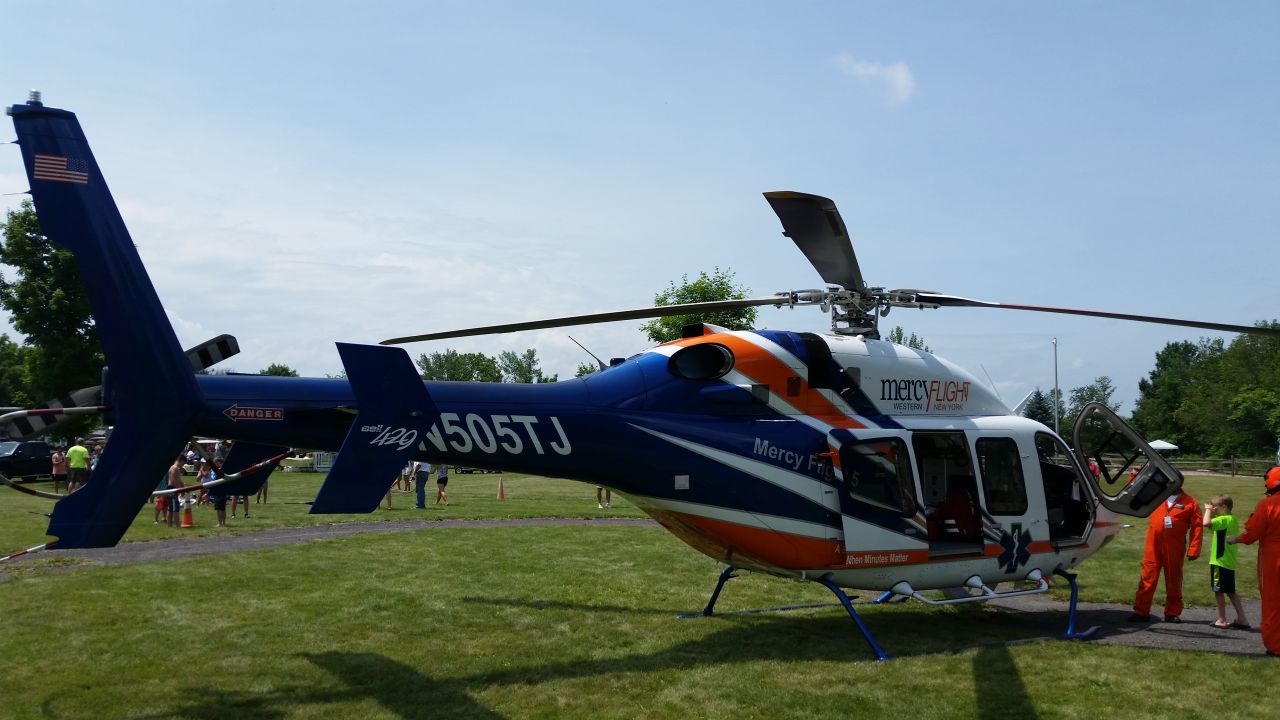 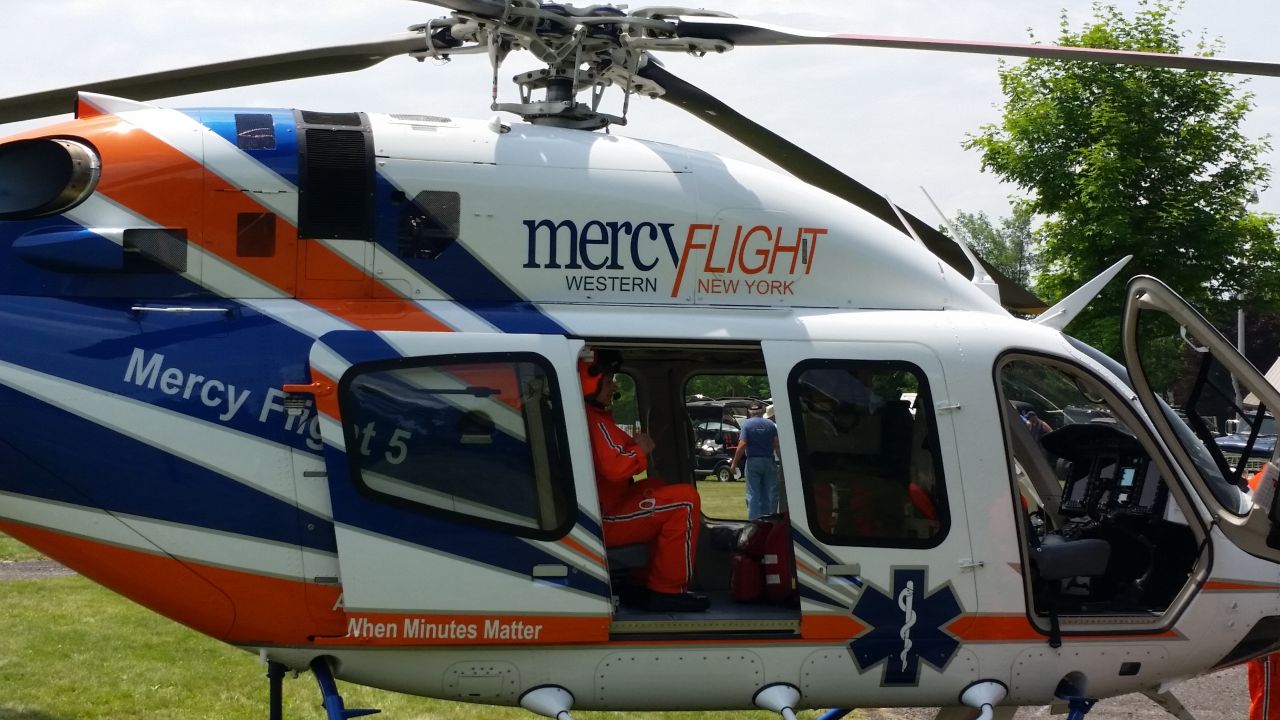 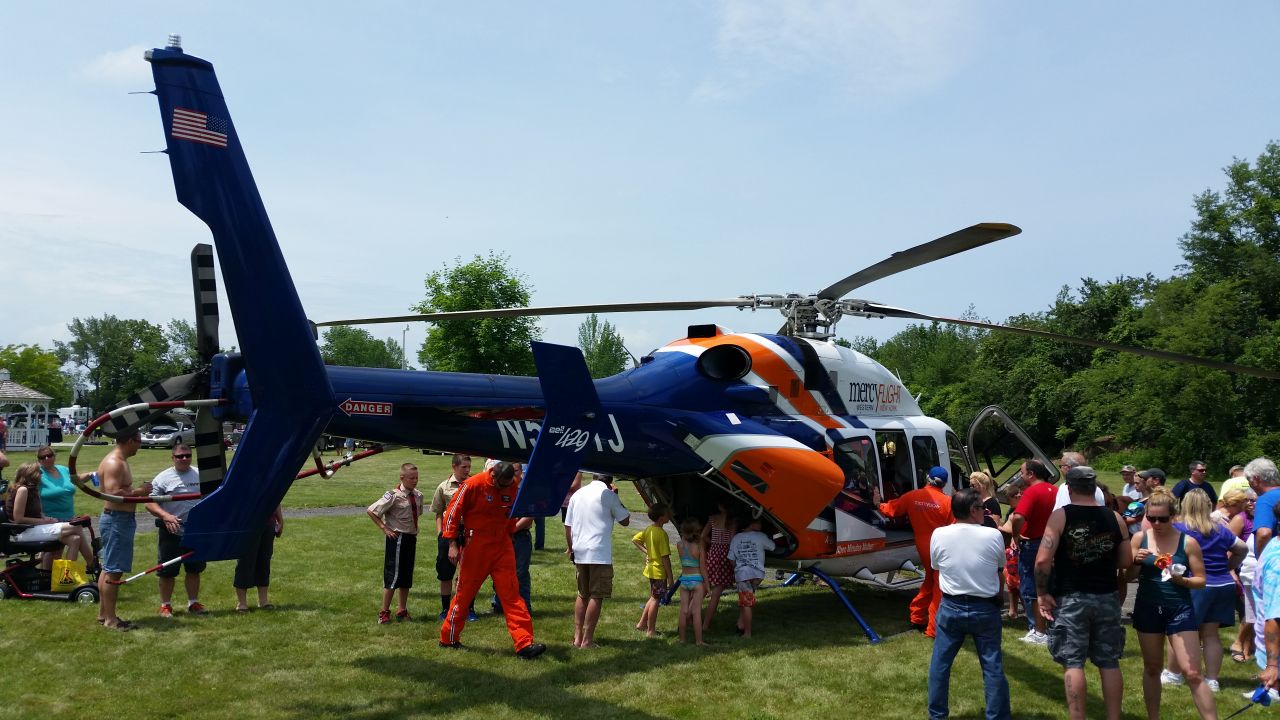 Back patient area of Chopper 5 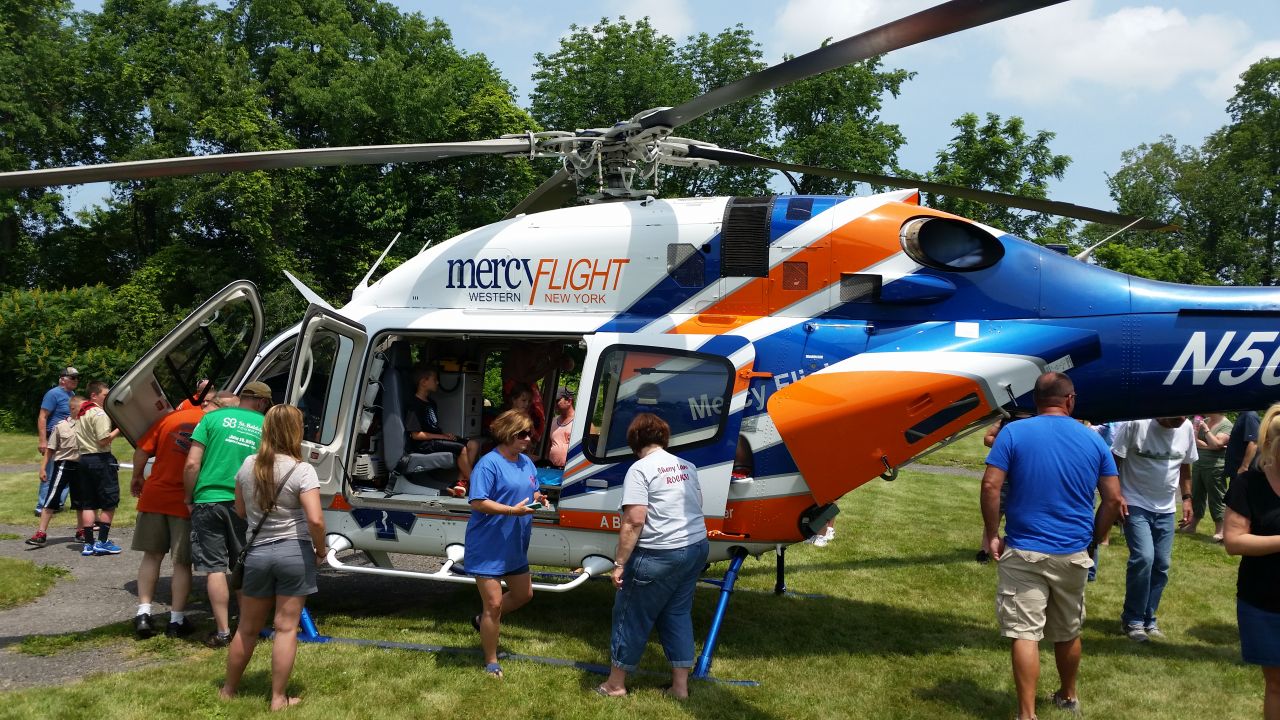 So as the kids were being shown Mercy Flight 5 and the ins-and-outs of the helicopter being able to look through it and even sit in the seats, we flew! Hey, why miss a chance to make a video showing one of the best non-for-profit groups in the area as a way to thank them for all they do.

So Thank You Mercy Flight of Western NY and by that, I do not mean for the visit, but for doing a job where minutes count and lives are saved.